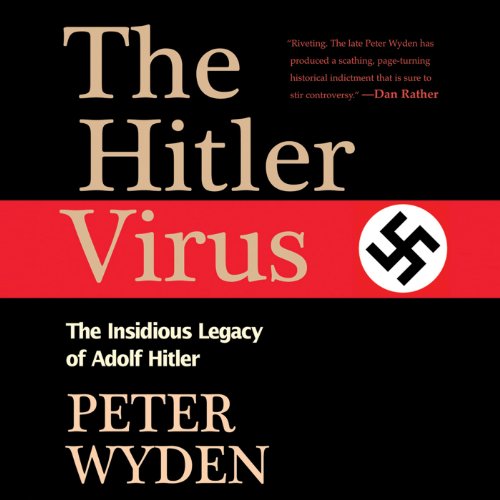 Peter Wyden, author of The Hitler Virus: The Insidious Legacy of Adolf Hitler has firsthand experience with the Nazis. This audiobook explores how Hitler's ideology and persona have managed to haunt society even to this day. Robin Sach's performance of this text is chilling. His clear diction helps listeners understand the way National Socialism has become viral in sophisticated cultures, even in modern-day Germany where experts once thought such ideology had been all but wiped out.

In spring 1945, as the Russians moved on Berlin and it became clear the Nazi cause was lost, Adolf Hitler assured his most trusted henchmen that even if he were to die, "the seed of National Socialism will grow again one day [in]…a radiant rebirth." Several times after the war, the distinguished author Peter Wyden, himself a victim of the Nazis, returned to Germany to discover, to his dismay, that Hitler's prediction was all too true. In this unsettling audiobook, Wyden documents the reality that the "Hitler virus" is still very much alive. A harrowing companion to Daniel Goldhagen's Hitler's Willing Executioners, this book is Wyden's legacy to the world.

To be honest the story may be good I just couldn’t keep listening to the narrator, I had to give up after the first chapter.