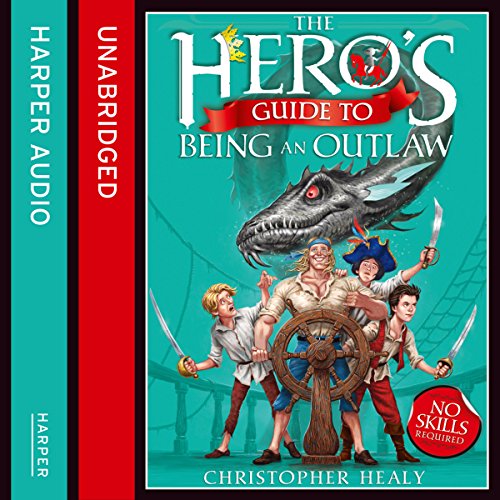 The Hero's Guide to Being an Outlaw

The Hero's Guide to Being an Outlaw

The third book in this fast-paced and hilarious fantasy quest in the grand tradition of Shrek and The Princess Bride, starring four very unlikely, but likeable, heroes.

Prince Liam. Prince Frederick. Prince Duncan and Prince Gustav…. The four princes that have the worst luck in the world. After saving the kingdom yet again and going their separate ways, the princes are back in trouble…and this time it's serious!

Somehow, everyone thinks they have murdered a princess! And with bounty hunters after them, and a dastardly scheme sure to be behind it all, the princes have to overcome their differences, reunite, and clear their names.

Oh, and save the kingdom again.

"This is the most fun you can have, short of rounding up King Arthur's knights, filling their armour with laughing gas and driving them to a roller disco." (Frank Cottrell Boyce, bestselling author of Millions)

The boys (aged 7 and 9) and I are having a whale of a time listening to this series and the third book didn't disappoint. From the knowing winks of the narrator ("Just wait till you get to the end ...") to the crazy action sequences involving sea serpents, giants, impossibly huge armored bugs, to the fact that the Great and Powerful Bandit King is actually 11, I practically can't find anything bad to say about this recording.

The only bad things is this - because the action rattles a long at speed, and there are LOTS of great jokes & a rather complicated plot, it's not ideal to be listened to in stop / start journeys like the school run. You could really do with time to listen to at least half an hour or so in one go, preferably longer. Having said that, don't let me put you off. The kids loved it.

Bronson Pinchot has a fabulous speaking voice and does lots of different characterizations. My favorite has to be the Southern Elf bounty hunter with his giant mongoose. However the boys point out that he has changed some of the characterization from the last book - probably because Bronson has a vast cast to deal with. There is also a bit more romantic interest in this one and (shock) a couple of kisses.