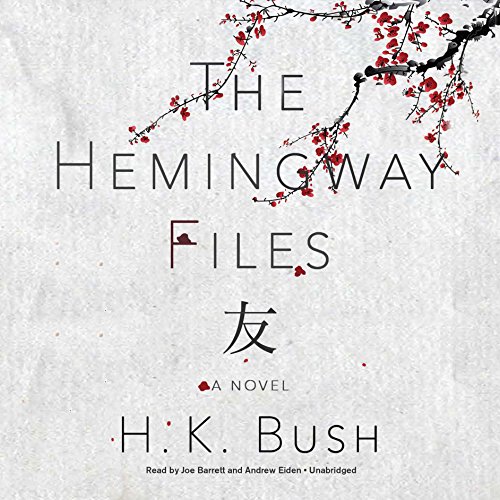 The allure of literary letters and rare first editions captures the imaginations of three professors of English literature and leads to tragedy in the wake of the Great Kobe Earthquake of 1995.

An English professor receives a mysterious package with several smaller packages within it, including a manuscript, from a recently deceased former student. The manuscript tells the former student's story - a story he had never revealed to anyone. As a newly minted PhD from Yale, Jack Springs ended up in Kobe, Japan, circa 1992, where he encountered a mysterious Japanese professor of American literature named Goto. The second son of a family of immense wealth and power, Goto was a clandestine collector of literary rarities, manuscripts, and books. Through a series of meetings, Goto provided Jack with a systematic set of revelations about Hemingway, Ezra Pound, and other literary giants, all of which were supported by unknown documents in Goto's possession. With the allure of these revelations as well as Goto's beautiful niece, Jack was drawn back to Goto's house again and again until the tragic events on the day of the Great Kobe Earthquake of 1995 threatened to destroy all that had been revealed - including Jack's sense of who he was and what he was capable of.

I am a fan of Hemingway so was drawn to this novel by the title. I expected a reimagining of aspects of his life but this is not what the book is about. I have to confess I didn't make it all the way to the end but I just couldn't carry on. So, the book follows a man, an academic who wrote a book about Hemingway. He goes to Japan and the novel focuses on his interactions with a Japanese recluse who's into literature and promises a mystery. He promises the author he got certain things wrong in his biography and he has letters that show this. But the book really isn't about Hemingway's life - or at least not in the several hours I listened. It's about different cultures coming together and the monologue style of being told a story is really dull. Sadly just not for me. The narrator did his best but the tone needed more variation.