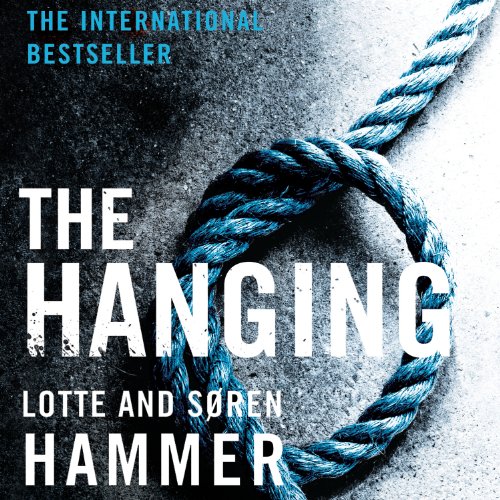 One morning before school, two children find the naked bodies of five men hanging from the gym ceiling. The case leads detective Konrad Simonsen and his murder squad to the school janitor, who may know more about the killings than he is telling. Soon, Simonsen realizes that each of the five murdered men had a dark and terrible secret in common. And when Simonsen's own daughter is targeted, he must race to find the culprit before his whole world is destroyed.

Published in twenty countries around the world, with more than 150,000 copies sold in Denmark alone, this book introduces a brother and sister duo who have taken the thriller world by storm. Fast-paced, suspenseful, and brilliantly written, The Hanging is a stunning crime novel from Lotte and Soren Hammer, two Danish authors whose international fame is exploding.

Would you try another book from Lotte Hammer and Soren Hammer and/or Ray Chase?

No, I wouldn't jump at reading another book by this author, I found the development of characters very flat and one dimensional, at times confusing. I am not sure if my confusion stemmed from the narrators mix of characters voice changes.."the countess" in particular. I am sorry to say that I didn't persevere to find out who carried out the macabre murders.. Best of luck to those who do persevere.

Confusion and disappointment, something lacking.