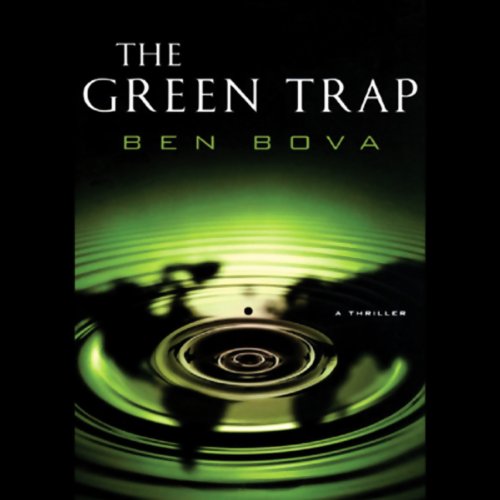 By: Ben Bova
Narrated by: Stefan Rudnicki,Kathe Mazure
Try for £0.00

Microbiologist Michael Cochrane has been murdered. His brother, Paul, wants to find out who did it and why. It's clear that Michael was working with cyanobacteria, the bacteria that crack water molecules and release free oxygen. It's less clear why this would get anybody killed.

Accompanied by a beautiful industrial spy, Elena Sandoval, Paul follows the trail from California to Cambridge, Massachusetts. Along the way, the truth emerges: Michael had found a way to get cyanobacteria to crack hydrogen out of simple water molecules, producing enough hydrogen to cleanly power the world, practically for free. No wonder everyone, from Middle-Eastern heavies to hired domestic muscle, suddenly seems to be trying to get in Paul and Elena's way.

"Bova gets better and better, combining plausible science with increasingly complex fiction." (Los Angeles Daily News)
"[A] cautionary but hopeful thriller....Bova adds modern twists and a genuinely surprising ending to the age-old clash between oblivious scientists and worldly schemers." (Publishers Weekly)
"The author's excellence at combining hard science with believable characters and an attention-grabbing plot makes him one of our most accessible and entertaining storytellers." (Library Journal)

What listeners say about The Green Trap

There are two parts to this book: One is the mystery about who murdered the scientist working on hydrogen fuel cells. The second is actually broken up and randomly scattered throughout the mystery, namely, jarring, unexpected chapters of boring lectures about global warming. The real mystery here is why the author created such an ungainly juxtaposition. Nothing I read previous to downloading it warned me, but now I've warned you.

What could Ben Bova have done to make this a more enjoyable book for you?

Not make it corny, I know he can, because I have read a lot of his books. Either that or made a few small changes and turned it into a comedy. But then I wouldn't have purchased it.

Which character – as performed by Stefan Rudnicki and Kathe Mazure – was your favorite?

If you could play editor, what scene or scenes would you have cut from The Green Trap?

Too many, but that would have left a short story instead of a novel, probably an improvement.

Save your time and money. A slow paced, predictable story, with global warming "facts" injected through out, that are not even part of the story. Please, I'll get my own "facts".

I found listening to this to be very tedious. The technology that was presented as cutting edge, was easy for me to figure out and second guess. The preaching was unnecessary. The narrator put me to sleep. I skipped much of the second disk. I wish I had saved my money and time.

I am a real BB fan, but I wish I had done my research on this new release of his, because it is not set in space, nor in the future, but reads like a murder mystery. I am also sooo tired of narrator S. Rudnicki, who seems to work too much. Send him a message to slow down. please.