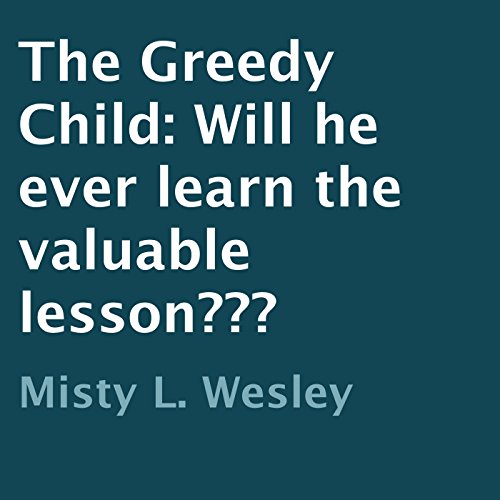 Will He Ever Learn the Valuable Lesson???
By: Misty L. Wesley
Narrated by: Phillip J Mather
Length: 7 mins
Categories: Fiction, Religious & Inspirational
5 out of 5 stars 5.0 (1 rating)

A wealthy farmer had two sons. One day, his youngest son told his father that he did not want to work hard anymore. He told his father that he wanted his inheritance so that he could explore the world. His father gave him his share of the money and his youngest son left the farm. The young man enjoyed the money until one day he found a piece of fabric he loved very much. What happened when he tried to pay for the fabric? What lesson was his father trying to teach him and his older brother? Did they learn the valuable lesson? What happens at the end? Read on and find out for yourself!!!

Would you listen to The Greedy Child again? Why?

Yes, it is a good story to read to children, a good lesson for them to learn, told in an easy to absorb way.

What does Phillip J Mather bring to the story that you wouldn’t experience if you just read the book?

Phillip J. Mather has a lovely voice for story telling and I thought his narration of this parable was very good.

Yes as it is not very long.

Although this is a short audiobook the tale is interesting and well read.