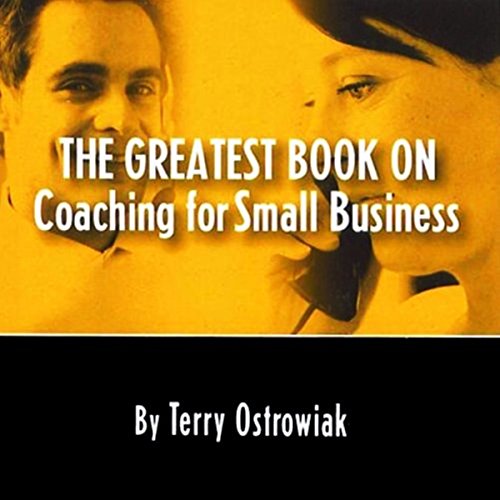 The Greatest Book on Coaching for Small Business

The Greatest Book on Coaching for Small Business by author, narrator, and business coach Terry Ostrowiak.

If you're a business executive, owner, or manager, you'll appreciate Terry's clear insights into how to deal with the kinds of challenges you face when trying to run and grow your business to higher levels.

If you think coaching is anything like consulting, think again...because Terry's methods are very different and yield extraordinary results. Each of the 32 chapters is filled with insights, examples, and concrete direction to take potential coaches and turn them into highly successful coaches.

Terry Ostrowiak's career as a coach spans over 40 years and 26 countries. He has organized and conducted coaching and training programs, and workshops, for a range of small and large companies.

For 12 years, Terry ran one of the most successful, independent Dale Carnegie operations from Johannesburg, South Africa. He was awarded the International President's Cup three times for generating and conducting quality business.

He was appointed special adviser to the International Federation of Professional Coaches and Mentors, has hosted his own radio programs in the United States, and is the founder of Dynamus International, a global coaching consultancy based in San Diego, California.

With over 40 years of coaching, teaching, and training small businesses worldwide, author Terry Ostrowiak (aka The Quantum Leap Catalyst) shares his approach for what makes a successful coach and what makes a client's coaching session spectacular.

A master of coaching, This book is a must.

With so much international experience, Terry Ostrowiak masters the ability to coach to the reader-listener of this book. His perfect ability to forward his support and understanding very easily to everyone is unique. It's a bestseller, there is no reason to go elsewhere. Brilliant. !