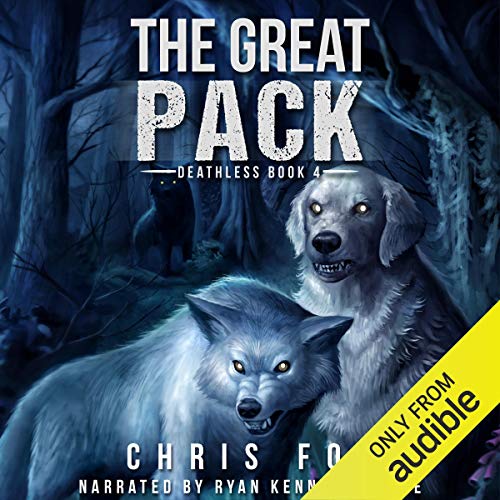 Set has been vanquished, but victory demanded a bitter price. The First Ark's detonation flung the new Ark Lords five years into the future. They emerge into a world ruled by deathless, demons, and old things that have awoken from the sleep of ages.

Hades and the mysterious Grey Men have paved the way for the return of the Builders, slowly conquering the world. Only one part of their plan remains, seizing control of the Proto-Ark rumored to lay somewhere deep in the Amazonian jungle. Hades sends his demonic enforcer, Nox, once known as the Director, to claim their prize. If they succeed, the invasion of the Builders will finally begin.

Only the trio of returning Ark Lords has a prayer of stopping Nox, but they face problems of their own. Blair and Liz arrive in Northern California to find Angel Island deserted, and San Francisco controlled by a kingdom of deathless. Jordan and Trevor return to Peru where werewolves have founded a new religion worshiping the Mother. A religion that preaches that Trevor is the ancient enemy and must be destroyed. Only Jordan can save him, if he can finally learn to trust an old enemy.

Win or lose, the Builders are coming. They need an army. They need The Great Pack.

What listeners say about The Great Pack

read the whole set. it is so worth it.
love them all and can't wait for the next one

I recently started reading the breathless collection & i can honestly say each book in this series has been better than the previous one..I can't wait for the next book

a good series can't wait for next in series. hopefully its out very soon :-)

Action all they way

Great book adds more myth and wonder.
Just starting to rev up now to a conclusion.

The story keeps getting better and better with each book. As each book builds upon the last one. The characters are real and Chris Fox doesn't have them doing stupid things that wouldn't happen in real life, they are making choices that you can see happening given the situations they are in.
I love the dialogues in his books. I can see the characters actually talking and reacting that way which is great I think.

Love this book and dammit...read the book and went through the audio too fast. I already want the next book!

loved it! definitely a must read 😁

I listened to all 4 books consecutively and I have to say I could not put it down. I'm not a big reviewer by any means but I believe in giving credit where it is due. plot can be confusing at times but trust me stick with it and everything will come together very nicely. GREAT JOB CHRIS FOX!!! Narrator was a joy to listen to. I will definitely be getting all of his books.

Slow start with a power finish.

Would you consider the audio edition of The Great Pack to be better than the print version?

What other book might you compare The Great Pack to and why?

Which character – as performed by Ryan Kennard Burke – was your favorite?

When Jordan was dishing out fear.

This book adds new characters for side story in a way that makes the beginning kinda slow. Yet when it all meets in the middle it was wonderful. I cannot wait for the next book.

a lot of interesting stuff going on in this book, that you wouldn't expect. I truly like the giant epic battles and the Segway into the whole universe of the other books that I hadnt picked up yet. great writing so far

This series always keeps the twists coming. It's a great universe and I can't wait for more of it!

Epic, exciting, a great book, great performance by the narrator. mr. Fox is redefining the horror genre and the Sci-Fi genre!

Can't wait for the next book! Love the way this man thinks. Totally able to follow, wouldn't change a thing.

this wonderful with character development and genetic manipulation. Also how Jordon and Blare learned leadership in their own style

Ongoing saga of the mother and her progeny

I really appreciate how the author did a thorough recap at the beginning of this book.

Looking forward to the next book!