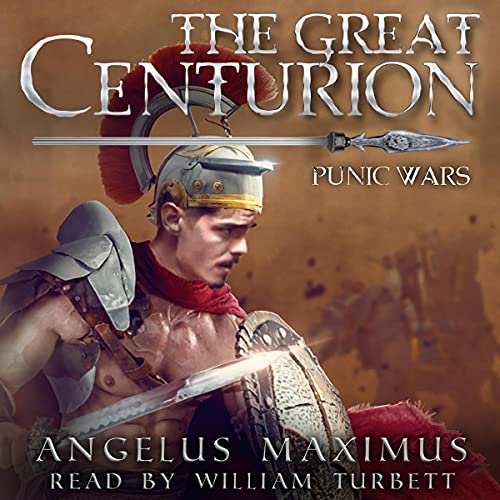 An empire-building LitRPG set on the Dawn of the Second Punic War. An old foe threatens the existence of Rome!

In the Roman Republic, Victor Maximus, a young Roman, is determined to be the next legendary soldier. Through determination and grit, he has impressed his superiors and becomes a great Roman general.

Victor finds himself in the midst of the Second Punic War between Rome and Carthage. A period where the elephant riders have become hostile and threaten war once again. He'll have to quickly hone his skills as a general, gain experience, and manage his own army.

Victor will have to use the spoils of war to improve his weapons, construct forts, manage settlements, and lead his armies to victory while having to tread the borders of the Roman Republic. Leading armies on land and leading warships on epic naval battles, Victor will have to juggle everything along with his desire to make some fine female friends. That is despite the lovely women being in enemy lands and having to break the code of ethics set in Rome, by the Senate.

Prepare yourself for a story of the rough life of a Roman general as he becomes the Great Centurion! This is a LitRPG set in the real world. As Victor will learn, not every battle is winnable, and being a general isn't always glorious!

Warning: There is a moderate to high amount of sexual references. This book is set in real life, and the consequences are all too real.

What listeners say about The Great Centurion

Angelus Maximus delivers a unique LitRPG that really stands out in the crowd. It follows Victor on his adventures in the Roman Empire. Not only is it a fun story, but Maximus delivers a lot of stats and notifications that really emphasizes that this is a litrpg. There is a lot of combat and action is extremely enjoyable. Maximus executes the fights masterfully. I really enjoyed the narration from William Turbett. His tone and unique voices for the characters were top notch. He is a pleasure to listen to. I can't wait until book 2. I hope it is released very soon.

Dammit, I learned a lot.

My longest audiobook is a 126.5 hour book by Gibbon, and I have dozens of others relating to Greece and Rome. Most were written hundreds of years ago, by historians and for historians. They tend to be drab.

This book takes some real history and dresses it up like a LitRPG. The fiddly details of men, deaths, ore shipments, and so on... these get turned into fiddly LitRPG details. It actually works very well, this is the longest one of these stories of the Punic wars has kept me engaged. In addition .. In most LitRPG, the fiddly details don't really matter... it's a story about a game. Here, they *did* matter. Tens of millions died and the decisions shaped history.

Hundreds of facts about the era get tossed in, with many latin words. In a normal RPG, details of a stat system might be drilled. Here, it's Latin and ancient weapons.

I tend to be more of a fantasy guy, and lean more toward fantasy/litrpg books, but I was happy I gave this one a try.
The book goes through the every day life of a Roman, but adds stats, like a video game, to make this book unlike anything I’d listened to before.
It really took me back to my days of playing Caesar and Civilization.
The narrator does a good job throughout and really brings the story to life.
Well done.

The historical notes and quest updates break up the flow of the story and sound more like math problems at times.
There is little emotion in the reading and it sounds like stage direction.

Finally, the repeated exposition was enough that I had to just leave off. It was bad enough that the main character's parents were not given names but instead simply referred to as Victor's mother and Victor's father. Not Mom, Mother, or even his mother. I really started to think of it as a purely historical text or a game manual.

I will preface that I haven’t finished the book yet, but there is just something I can’t ignore. The author is obviously trying to be authentic to the time with the words used like mater pater and casa etc. which is why I was shocked that he repeatedly keeps referencing the “emperor” at the time Rome was a REPUBLIC it didn’t have an emperor and wouldn’t for more than another 200 years. Even then he wasn’t called the emperor. For an author who is obviously interested in the time period and wants to educate people on that time I just couldn’t let it pass without comment. Good try, but please do some more research. I beg of you

interesting premise but poor execution. lots of sex, with descriptions that had me rolling my eyes and skipping scenes. story was weak and uninteresting. poor prose, poor description. not a repeat listen or something id pick up the next 8n the series or even whatever other books the author created. a real struggle to finish the book. narrator had poor pacing, no vocal range, poor editing.

This is an interesting book on the Roman Republic during the time of the Punic Wars. There is much historical flavor and the author describes the fierce and bloody battle scenes very well. Victor Maximus, the young Roman protagonist, adds the love interest aspect with his childhood sweetheart Victoria. The overuse of Victor said, Victor listened, and Victor replied, for each character somewhat annoying. I also found the dialogue entirely too well-mannered to the point of being unrealistic. IMO, to label this novel as LitRPG is quite a stretch. It felt like the use of statistics was a last-minute addition to claim the popular LitRPG title. Much of the mechanics in a LitRPG story were missing. Compare this tale to something like Chaos Seeds by Aleron Kong, or Alpha World by Daniel Schinhofen, which I am currently listening to. You will discover a stark difference. Three.point.five for historical excitement, but no LitRPG. I was given this free review copy audiobook at my request and have voluntarily left this review.