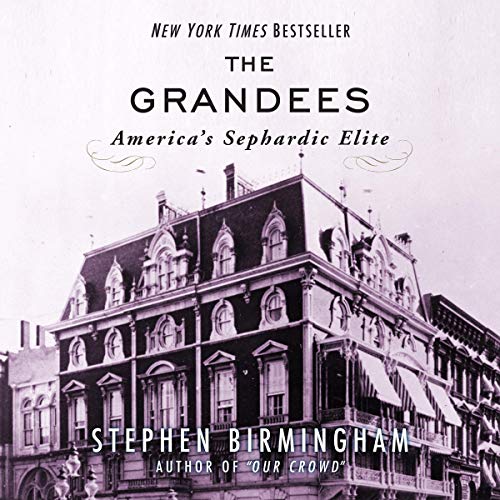 The New World's earliest Jewish immigrants and their unique, little-known history: A New York Times bestseller from the author of Life at the Dakota.

In 1654, twenty-three Jewish families arrived in New Amsterdam (now New York) aboard a French privateer. They were the Sephardim, members of a proud orthodox sect that had served as royal advisors and honored professionals under Moorish rule in Spain and Portugal but were then exiled from their homeland by intolerant monarchs. A small, closed, and intensely private community, the Sephardim soon established themselves as businessmen and financiers, earning great wealth. They became powerful forces in society, with some, like banker Haym Salomon, even providing financial support to George Washington's army during the American Revolution.

Yet despite its major role in the birth and growth of America, this extraordinary group has remained virtually impenetrable and unknowable to outsiders. From author of "Our Crowd", Stephen Birmingham, The Grandees delves into the lives of the Sephardim and their historic accomplishments, illuminating the insulated world of these early Americans. Birmingham reveals how these families, with descendants including poet Emma Lazarus, Barnard College founder Annie Nathan Meyer, and Supreme Court Justice Benjamin N. Cardozo, influenced - and continue to influence - American society.