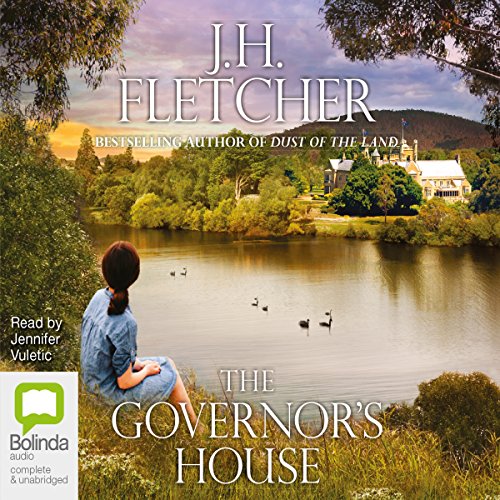 Born in poverty, transported for theft, and in love with a charismatic but dangerous man - for Cat Haggard the Tasmanian Governor’s House is not merely a beautiful building but a symbol of all she hopes to obtain in life.

From convict, bushranger, and accused pirate, Cat transforms herself into an entrepreneur and pillar of colonial Tasmanian society. But how is she connected to a missing ship?

And could she be involved in the disappearance of a priceless treasure that, 103 years after her death, will be claimed not only by a foreign government but by unscrupulous men determined to use it for their own ends?

Joanne, dean of history at the university and Cat’s descendant, is assigned the task of locating the missing artefact. Joanne believes the key may lie in a coded notebook she has inherited along with Cat’s other mysteries.

But will she be able to decipher the message and put a century-old secret to rest? And will she survive to join her true love in The Governor’s House - a house that has come to mean as much to her as it did to her long-dead ancestor?

The characters and the world of young transported Kat are brought to live by the accomplished narration. Held my attention throughout.

Really enjoyed this book . Having been born in Tasmania found it really interesting. I am from. convict. stock .

Not very historical, but a lot of "True Romance"

All that was missing in this 'not so' historical novel was Fabio on it's cover. You get a lot of 'True Romance' quality here and very little actual history. The narrator is so annoying, I had to stop listening. The story seems so far fetched. Another reason I has to stop.
Spare yourself the agony of this audiobook!