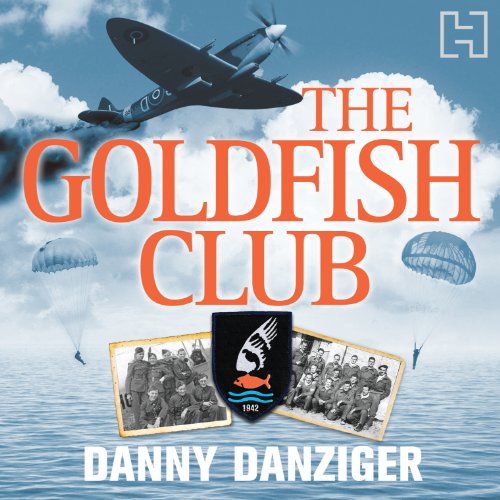 What is it like to broadcast the fateful words "Mayday, Mayday, Mayday," then jump into the unknown? The members of one of the world's most unusual brotherhoods provide the answers in this incredible book.

Formed during the Second World War to celebrate the survival of pilots who had been forced to bail out over water, the Goldfish Club has taken on new members ever since. They share one pivotal moment, but their experiences beyond this couldn't be more different.

One World War II veteran will never forget having to walk through a hostile German town at the point of a Nazi bayonet. An American B-17 navigator found his courage in an SS prison cell after his Flying Fortress broke up over Italian waters. A Wessex helicopter pilot struggled against the Arctic chill of the North Norwegian Sea.

Their stories and many others are told here. All are different. All are utterly gripping.

What listeners say about The Goldfish Club

This story and narration was very enjoyable. The subject matter was very informative and made you think that you never know who you are standing next to in the shop queue!