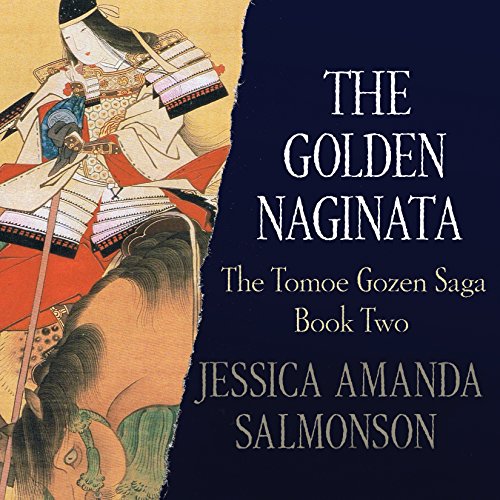 By: Jessica Amanda Salmonson
Narrated by: Allison Hiroto
Try for £0.00

For the sake of an enchanted sword, Tomoe revolts against her father.

In all of Naipon, there is no samurai more famous than Tomoe Gozen. Her skill with the blade is legendary, her honor unquestioned, and evil men everywhere fear her name.

No challenge is too great for Tomoe, but she is not ready for marriage. When her father announces that he has arranged a match for her - one that will mean laying aside her sword - Tomoe responds as she always does when her life is threatened: She draws her twin blades.

After fighting her way out of her father's house, Tomoe meets Azo Hono-o, a female samurai who plans to make a name for herself by killing Tomoe Gozen. Tomoe convinces Azo to join forces with her, and together they set out across Naipon in search of a golden sword, which they will use to carve a place for themselves in a man's world.

What listeners say about The Golden Naginata