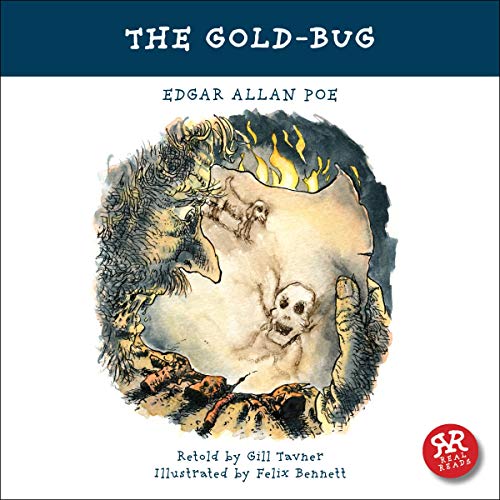 'Dat gold-bug was a vicious bug. Massa caught it first but it bit him. I think da bite has made Massa poorly. It has affected him in da head.'

William Legrand has found a new type of bug, a golden bug, unusually heavy. His servant, Jupiter, is worried. Why is Legrand behaving so oddly? Has the bug's bite made him mad?

When Legrand shows his friend a drawing of the gold-bug, it looks more like a skull. What can this mean?

The arrival of the gold-bug leads the three men on an exciting adventure towards skeletons, a skull and a hunt for buried treasure.

Should we believe Jupiter's superstitious fears, or is there a more logical explanation of events? If there is, can you, the listener, discover it?

What listeners say about The Gold Bug