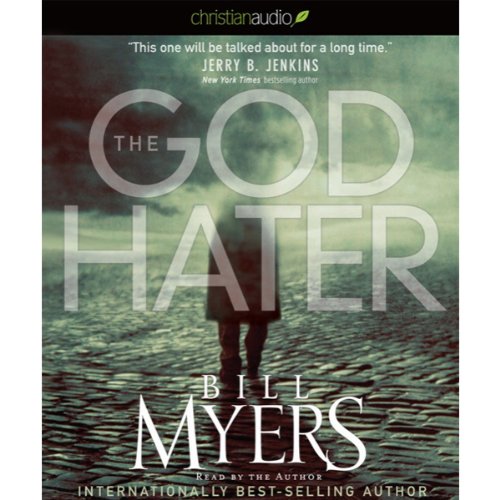 A cranky, atheistic philosophy professor loves to shred the faith of incoming freshmen. He is chosen by a group of scientists to create a philosophy for a computer-generated world exactly like ours. Much to his frustration, every model he introduces—from Darwinism, to Existentialism, to Relativism, to Buddhism—fails. The only way to preserve the computer world is to introduce laws from outside their system through a Law Giver. Of course this goes against everything he's ever believed, and he hates it. But even that doesn't completely work because the citizens of that world become legalists and completely miss the spirit behind the Law.

The only way to save them is to create a computer character like himself to personally live and explain it. He does. So now there are two of him—the one in our world and the one in the computer world. Unfortunately, a rival has introduced a virus into the computer world. Things grow worse until our computer-world professor sees the only way to save his world is to personally absorb the virus and the penalty for breaking the Law. Of course, it's clear to all, including our real-world professor, that this act of selfless love has become a reenactment of the Gospel. It is the only possible choice to save their computer world and, as he finally understands, our own.

What listeners say about The God Hater

Nicholas, a man with extraordinary intelligence and emotionally injured by personal tragedy, attacks and berates anyone with faith in God. He is a generally ???good??? man who wants the best for everyone but is utterly without faith and has no patience for people with faith. We all know people like him.

We see this character from the outside, just as we see the people we know in the real world, but the author also gives us an understanding of this character from the inside and lets us see the pain and turmoil that beats him into an angry, Godless man. As the story progresses we get to see his heart soften as he begins to understand the logic behind God???s plan for the world.

This has been one of my favorite Audible books. It???s a Christian book with elements of Science Fiction, Action Thriller, and Technology. I usually pace myself with Audible books to make my credits last longer but I couldn???t help myself with this book. I burned right through it.

This book is fiction. You could easily ruin it by over analyzing all of the technical details. It???s not going to convert anyone to Christianity or ???open the eyes??? of any unbelievers. It???s just a fun adventure that looks at our world and our relationship with God from a new and interesting angle.

I don???t usually care for books that are narrated by the author, especially when it comes to fiction. But I have to give it Bill Myers; he did a better job than some professional voice actors. He did a great job.

Gospel For the Modern Age

This book sucks you in emotionally...I became really connected with the characters, not only as a "reader" but as a mother, a Christian, and a teacher.

What was one of the most memorable moments of The God Hater?

There are many memorable moments, but when Nicholas gets blown out the water during a tit-for-tat conversation with a former student. The facts discussed were one's I had heard many times...still very thought provoking.

What does Bill Myers bring to the story that you wouldn’t experience if you just read the book?

Bill Myers performance at the end of the story evoked so much emotion for me. His ability to portray every character during the chaos was amazing.

If you could take any character from The God Hater out to dinner, who would it be and why?

I'd want to take Travis out to dinner just to find out if he was still hung up on the logical side of things. Being a programmer he lives in a world of logic, so much so it seemed like he refused to believe or accept the goings on of the program world. He reminded me of a Jeff Bridges in the The Big Lebowski, just so laid back.

This book made my long drive fly by faster. The story was intriguing and I loved the dilemmas.

it really cool book video gamer would like it

I have ALWAYS loved Bill Myers, and this book is no exception! It's amazing to hear Bill read it himself!! It is an AMAZING story that really makes you think!! I will DEFINITELY be listening to it again!! (I think it would be a GREAT movie!!!)

Only a very gifted writer can create a unique parallel of our world to a computer-generated world . The balance of give-and-take (similar to our world) that affected even the computer generated world were exactly like ours. I love it! I couldn't stop reading!

What was one of the most memorable moments of The God Hater?

He introduced Darwinism, Existentialism, Relativism, & Buddhism! They all fail!. The only way to preserve the computer world is to introduce laws from outside their system through a lawgiver! Awesome!

Yes! I couldn't stop listening! I can't wait for my next book from Bill Myers!!