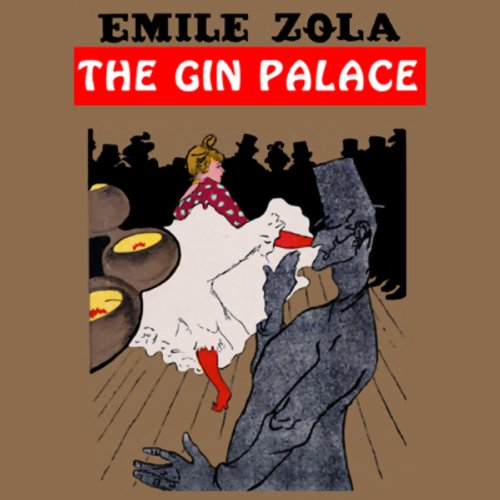 Abandoned by her lover and left to bring up their two children alone, Gervaise Macquart has to fight to earn an honest living. When she accepts the marriage proposal of Monsieur Coupeau, it seems as though she is on the path to a decent, respectable life at last. But with her husband's drinking and the unexpected appearance of a figure from her past, Gervaise's plans begin to unravel tragically.

The Gin Palace is the 7th novel in Zola's Rougon-Macquart cycle, about two branches of a French family traced through several generations. Introducing one of the most sympathetic heroines in 19th-century literature, it is also the work that made his reputation.

"A born writer, marvelously gifted." (Guy de Maupassant)
"The Gin Palace delighted me...full of color, movement, and life." (Anatole France)
"Unsurpassable...heroically big...the intensity of her creator's vision...of the dense sordid life...is one of the great things the modern novel has been able to do." (Henry James)

I loathe the voice of the narrator! he sounds very disdainful - and the translation itself is incredibly clumsy in parts - I can't believe an English person would read out something so badly translated. What a pity as i love this book. Best stick to reading the book - this audible version is very poor

Not the original version of Zola's book

While this recording is an unabridged version of "The Gin Palace", the book of this title is a horribly abridged version of Zola's original L'Assommoir, or more recently translated as "The Drinking Den". What a disappointment!! Huge chunks of the original version are left out. Characters appear without having been introduced. References to historical events and context are eliminated. Sentences and paragraphs are collapsed in translation from the French. This is NOT Emile Zola. If only the original version could be recorded, it would be well worth the listen.