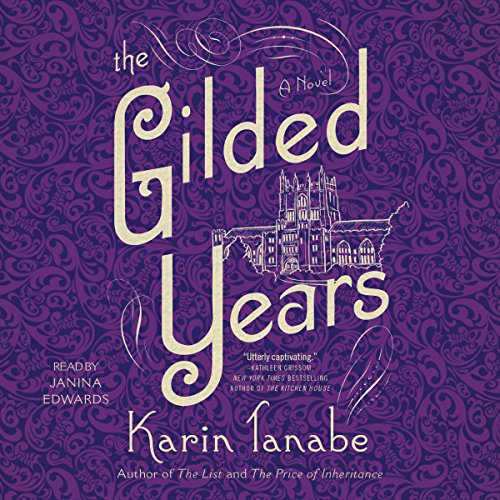 By: Karin Tanabe
Narrated by: Janina Edwards
Try for £0.00

Passing meets The House of Mirth in this "utterly captivating" (Kathleen Grissom, New York Times best-selling author of The Kitchen House) historical novel based on the true story of Anita Hemmings, the first black student to attend Vassar, who successfully passed as white - until she let herself grow too attached to the wrong person.

Since childhood Anita Hemmings has longed to attend the country's most exclusive school for women, Vassar College. Now a bright, beautiful senior in the class of 1897, she is hiding a secret that should have banned her from admission: Anita is the only African American student ever to attend Vassar. With her olive complexion and dark hair, the daughter of a janitor and descendant of slaves has successfully passed as white and now finds herself rooming with Louise "Lottie" Taylor, the scion of one of New York's most prominent families.

Though Anita has kept herself at a distance from her classmates, Lottie's sphere of influence is inescapable, her energy irresistible, and the two become fast friends. Pulled into her elite world, Anita learns what it's like to be treated as a wealthy, educated white woman - the person everyone believes her to be - and even finds herself in a heady romance with a moneyed Harvard student. It's only when Lottie becomes infatuated with Anita's brother, Frederick, whose skin is almost as light as his sister's, that the situation becomes particularly perilous. And as Anita's college graduation looms, those closest to her will be the ones to dangerously threaten her secret.

Set against the vibrant backdrop of the Gilded Age, an era when old money traditions collided with modern ideas, Tanabe has written a pause-resisting and emotionally compelling story of hope, sacrifice, and betrayal - and a gripping account of how one woman dared to risk everything for the chance at a better life.

What listeners say about The Gilded Years

Would you listen to The Gilded Years again? Why?

If i ever re-listened to a book this would qualify. I loved it but since the story will stay with me a long time i'm not sure i need to listen again

loved the guts of a black woman to be the first to graduate from Vassar. the struggles to maintain the facade of a black woman in a white world were obviously intense. clearly the prejudices of the gentried class stood in her way but her will trumped all and she achieved her goal despite a vindictive roommate. sad it took so long for Vassar and other prestigious universities to admit women of color

no extreme reactions - the historical aspect of it was wonderful. didn't laugh or cry though i was sad to find out at the end they chose to live as white - to the point where their own children didn't even know of their black heritage. and her parents never spoke to them again. after all Anita achieved i hoped she and her husband would break down barriers and prove to the world their worth, not just as black but as people equal to everyone else

it's a great book - well written and beautiful imagery. a little Downton Abbey with the NY mansions descriptions (which were embellished as the author admits after the book ends)

Inviting approach to a complicated truth

I found this work of historical fiction warm and romantic, despite the painful and controversial nature of its topic. I think the questions this novel raises about race, it's construction, perceptions, and implications are worth examining, but I appreciate how Tanabe doesn't linger only in ideas and theoretical discussions. Instead, she smoothly crafts a story that invites you into the heart of Anita, whose passion for learning and thirst for life I loved. Although the novel was slow at times, I was captivated by how Anita courageously navigated the waters of race, class, and elitism.

Would you be willing to try another one of Janina Edwards’s performances?

Never. She ruined the story.

I liked the idea of historical fiction but it was superficial and school-girlish. Was it written for adult readers? Perhaps not.

The story was fabulous! It caused me to do a little research of my own on 'passing'.

The pronunciation of the word 'Massachusetts' was extremely annoying! So much so, that I cringed when I expected it to come up in the story and almost stopped listening. If there is anyway to return this to the studio to have the word pronounced properly and sans lisp, it would be greatly appreciated!

Love the story, hate the narration. Seems like she was reading the book for the first time. You’re better off reading this by yourself.

Karin Tanabe has deftly conjured an experience so real I felt I was walking the Vassar campus just steps away from Anita Hemmings and her friends. With each chapter I felt the anxiety of discovery grow making this seemingly thought provoking piece of historical fiction become a page turner worthy of an all-nighter. An exceptional read for anyone who has held a secret of one’s own and for everyone who has known a person who is much more than first meets the eye.

I'm really enjoying this book, which brings us into an usual world of late 19th century race relations, introducing us to characters who are dealing with issues not too dissimilar to those we struggle with today (alas). However, the narrator is horrible. She is robotic, stilted, and often doesn't seem to know what she's saying. Her cadence is off, and I find myself constantly having to translate what she's saying into more human language and affect. I recommend the book, but not the stilted performance of this narrator.

This was a very interesting book on a subject that I find appealing because I am of African decent. Life and its rules made by man and how man deals with it always holds my interest.

Living my life as a black woman with its many facets and challenges has been a life worth living. It is a life that the creator has blessed me with and I am thankful.

Anita lived it to the fullest in her time and I enjoyed how it was illustrated with words in this book.

I didn’t know this was based on fact until the end of the book. That makes it an even better story