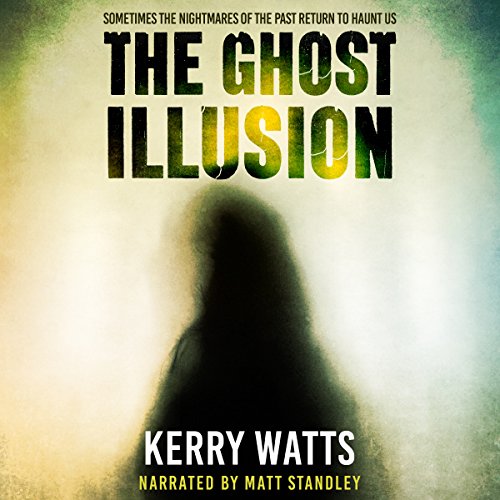 By: Kerry Watts
Narrated by: Matt Standley
Try for £0.00

The savage murders of four mothers are an echo of a nightmare witnessed by a horrified city. Meanwhile, Julian Brody - dubbed by the press as "The Mummy Ripper" - dies in prison 20 years after his violent slaying of four mothers in the 1990's. D.I. Ruby Delpierro and Dr. Carl Flescher team up to catch the copycat killer before any more innocent women are slain. But is there something more to the case? With their professional relationship put to the test, Carl will have to conquer his demons to help Ruby stop the bloodshed and confront the killer's shocking true identity.

Reviewed by one reader of the book version as "Frighteningly clever. A blend of shock, violence and sympathetic characters with a banging ending!" Another said of The Ghost Illusion - "An excellent mystery to the last sentence." It's also been described as "Clear your schedule. You won't want to put it down".

What listeners say about The Ghost Illusion