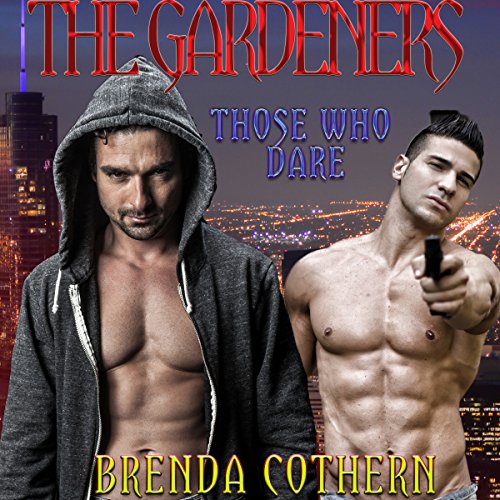 The Gardeners: Those Who Dare

Growing up as part of the Mancini mob clan in Chicago was all Tony Bricker and Max Hixson ever knew since the time they were seven.

They were trained by their uncle, the Don, of the Mancini family and he dubbed them his Gardeners.

They were more than just best friends, they were chosen brothers and not only loved their jobs as Mancini enforcers, but were damn good at it. Until Max changed everything three years ago. Their friendship shattered and Max fled to Michigan to do his uncle’s work. Now he’s been called back to Chicago and once more paired with his former best friend, chosen brother, and the one man he’d always loved.

Now, both men must address what happened between them three years ago in order to do the job only they can do: recover their cousin Val from the O’Reilly clan.

This book contains M/M sexual situations and extreme mobster violence. This book also contains references to sexual abuse. If this is a trigger for you, please do not read. This book is intended for listeners of legal age in the country in which they reside.

What listeners say about The Gardeners: Those Who Dare

I usually enjoy Cothern's books, but this one was not on my reread list. I just couldn't find any redeeming qualities in the two main characters of the book. They are bad men doing bad things, and they don't exhibit any conscience.

The narration needed some work. The narrator had a tendency to sound like he was reading a script that he didn't know very well.

Well written as always but this one is extremely explicit with the violence and sadism. Not my cup of tea unfortunately because I love this universe.