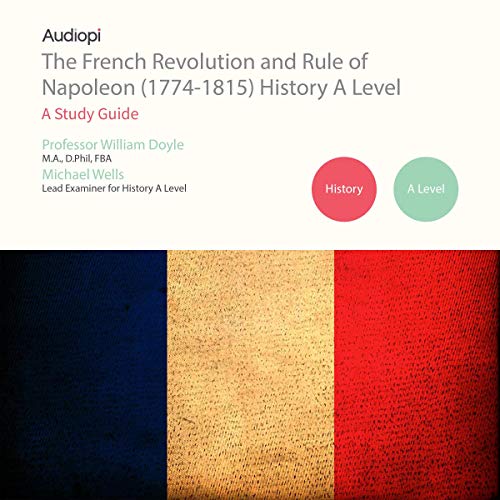 Mike Wells and one of the leading academics in the subject, Professor William Doyle, come together to examine a period in history which sent shock waves around the world, inspired millions, and still has the ability to send a shiver down the spine.

Our History A Level series on the French Revolution and Napoleon fully follows the curriculum, providing new and fresh perspectives on this period, and will fully prepare and inform you throughout the course and provide a valuable resource when it comes to your exams.

The series is 29 chapters long, with Professor Doyle delivering key concepts to give new and added insight into the subject. Our authors, Professor William Doyle and Mike Wells, have enormous experience across this period of history. William Doyle specialises in 18th-century France, has created many books on the subject and is professor of history at Bristol University, a fellow of the British Academy and a trustee of The Society for the Study of French History. Mike Wells is a lead examiner for OCR and has created many textbooks. He knows what needs to be learnt to achieve good grades.

Although you'll learn a lot about the French Revolution from these lectures; you'll learn more about what makes for a good A level and university level response. I've a MA and a BA in history and learned a lot about good responses. For example, you'll learn through the turn taking of the narrators how to make constructive contributions to seminars. You'll also learn about how you should not merely identify causes but you should go beyond this to prioritize them and assess why you believe something to be more or less significant. Although all the examples are applied to the Fr Revolution it's easy to insert you're own topic into the examples. I will listen to more from this series.

There are certainly a lot of good points to be taken from this. However it is not totally encompassing the entire topic at A-Level. So in order to get a high grade you need to use this alongside other resources. Also the delivery is sometimes quite inconsistent. Switching form a debate format to random monologues with no character consistently holding a certain viewpoint thought out.