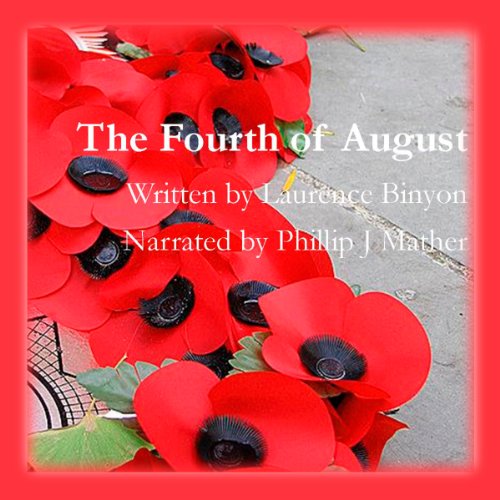 The Fourth of August

The narrator pledges to donate 50% of his proceeds to The Royal British Legion Poppy Day Appeal - please support. The Fourth of August [1914] was the day that Britain entered into World War One. This poem by Laurence Binyon reminds the British public of their heroic past, and that the travails that lie ahead are justified by the righteous cause, and by following in the footsteps of those who fought before they will vanquish the foe.

What listeners say about The Fourth of August

The War Begins. A Call To Arms

Yes, because it is beautifully written and gloriously narrated. It is an excellent example of how war brings forth feeling of national unity. The outrage the poet felt is palpable.

What was one of the most memorable moments of The Fourth of August?

The rhyming in this poem is exquisite. For instance:

Among the nations nobliest chartered,
England recalls her heritage.
In her is that which is not bartered,
Which force can neither quell nor cage.


Which scene was your favorite?

The entire poem builds up to a crescendo of emotion.

The narrator did an excellent job with this poem. One of his better performances.