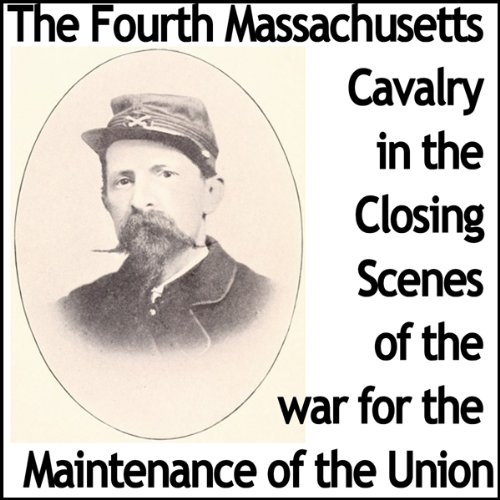 FNH Audio presents the story of Fourth Massachusetts Cavalry, a regiment that was formed during the American Civil War. Its officers were almost all experienced men and the rank and file was likewise seeded with experience. The unit served with distinction throughout its existence. The book comes in three sections. The first tells of the "Battle at High Bridge". The Fourth were dispatched to the bridge having been told the defences would be light or non-existent. The truth however was somewhat different. Not only was it defended by infantry but also dug-in artillery in a strong position. The second section tells of the part "the Fourth" played in raising the Union flag in Richmond, as told by the wife of a southern general, Major-General George E. Pickett. As the Northern army closed in, the civilian and military occupants of Richmond began pulling out. The southern troops tried to fire the town. Into this maelstrom rode "the Fourth".

The final part starts with president Lincoln entering Richmond and is escorted around by "the Fourth", and then follows the Fourth as they move onto Appomattox. There they meet and escort General Lee, through the lines and on to his home.