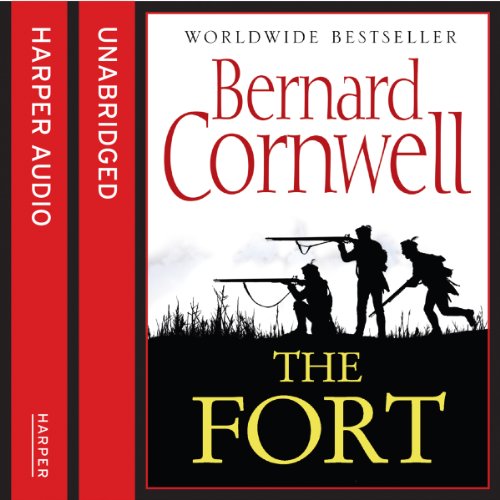 By: Bernard Cornwell
Narrated by: Robin Bowerman
Categories: Fiction, Historical
3.5 out of 5 stars

A stand-alone battle book, set this time in the 18th century in the rebellious colony of Massachusetts.

This new novel takes place during the very early days of the rebellion, or the War of Independence, before Washington and before the organization of a colonial army.

A small British fleet with a few soldiers on board had sailed in to be met, to their surprise, with an overwhelming strength of local militia.

Bernard Cornwell tells the story of those on both sides of the conflict , based largely on real figures, including of course Paul Revere (famous from a much later poem), and features the issues that appeared here and then throughout the whole war.

The success of Azincourt all over the world was such that there will be a very warm welcome for a new single battle book from the master storyteller.

Why do you read Bernard Cornwell?

Very mixed reviews on this book both here and on Amazon. In short, if you want a "Sharp"style Story this book is not for you. If you love history this is yet another brilliantly researched and superbly written novel that brings real historical figures to life. No it is not action packed but I was never bored listening to it. Bernard Cornwell rights about real history and this is a very different kind of story, he is not going to change it to make it more exciting for the average reader. We get enough of that from Hollywood and it is for this reason why I believe Bernard Cornwell remains so successful. This book has left me wanting to know more about the War of Independence and I really hope he writes more - but then we want him to finish Starbuck and are there some more Sharp stories?................Excellent narration on this recording too.

Set in the 18th century in the middle of the American war of Independance. This book tells a classic Bernard Cornwell tale of great imagination mixed with his unnerving ability to make actual history come to life. A small british force of sailors and royal marines are instructed to occupy and hold a small fort. In what seems a hopeless task when they come up against an overwhelming force of rebels.There are many side stories in this book but none of more interest than that of Paul Reveer. the Hero of the Boston night ride comes to life with some unexpected endings.

Not up to Cornwell's usual standard

Unfortunately its not up to Cornwell's usual standard in my opinion. I'll listen again in a week or 2 and give another chance.
Its my favourite subject as well...

I fund this quite difficult to follow in narrative. The story switches sides regular but the narration doesn't pause to indicate that we are now listening from a different point of view.
The story never really come to a grand conclusion either. It kind of fades away, which of course is what happens in history but it doesn't provide the big bang exit I expect of Cornwell works

This was an absolute page-turner, if you can have a page-turner when it's an audiobook!

More compelling than the press gang

A good story easy for the modern reader to follow but rich in the language and nuance of the 18th century. The main characters do not exclude the supporting cast. Instead the reader is led through the weft and weave of the story by many different hands lending perspective depth and body to a conflict which at its heart set brother against brother. Colony against the founding homeland and democracy against perceived tyranny.

A slice of the American war with the British

A very American tale of wartime confusion. Disappointing naration.
The editors would have been better of offering this story in the third person .
A clearly defined map would have helped enormously. But this is a very Swiss perspective.

I'm a great fan of Mr. Cornwell and dislike criticising work from such a talented author, but this book was not for me. I'm sure that Mr. Cornwall applied his usual meticulous approach to his subject, and his writing style was of his accustomed high standard, but I found this book very tedious and struggled to stay with it. Historically accurate I'm sure it is, but it took dedication to finish reading it. And now for something much lighter.

WOW this was a very good insight into the working life of americans during the American War of Independence. I enjoyed the picture that depicted how the English/Scottish soldiers interacted with the local residents and how they directed their fighting in this particular war. It was refreshing as it did not portray any particular side as villanous.

Not Sharpe, but absorbing

I enjoyed this story of an event during the American War of Independence. It tells of the British setting up a fort at Magdabigwajuce on the Penobscot River, and the attack on the fort, in the early stages of its construction, by the Americans. Cornwell has drawn the characters of the protagonists well, and has described how each considered the situation and responded. The British forces were trained professional soldiers and sailors, although many lacked fighting experience, and the Americans were largely pressed men, with a few trained Marines, but they were fighting for their liberty. The American officers were, in general, extremely cautious, not wanting to squander their slim resources and always looking for a certain victory, and this led to interesting conflict between them. The Americans had arrived with many ships, and the British over-estimated the actual number of men and their firepower. Both sides were hoping for the arrival of reinforcements.

From the way Cornwell set up the various battles between the Americans and the British, I could not predict which side would win, and this feeling that victory could go to either side continued right up to the end of the book. Even when reinforcements did arrive Cornwell did not tell us immediately which side they were on, and he continued to set up situations in which the reinforcements could be dealt a damaging blow.

The narration, by Robin Bowerman, was good, with each character having a distinctive voice.

multiple readers could add to the story. I liked the overall a lot as every other Bernard Cornwell's books I've read.

Would you try another book from Bernard Cornwell and/or Robin Bowerman?

What does Robin Bowerman bring to the story that you wouldn’t experience if you just read the book?

i think he brings some characters to life

Do you think The Fort needs a follow-up book? Why or why not?