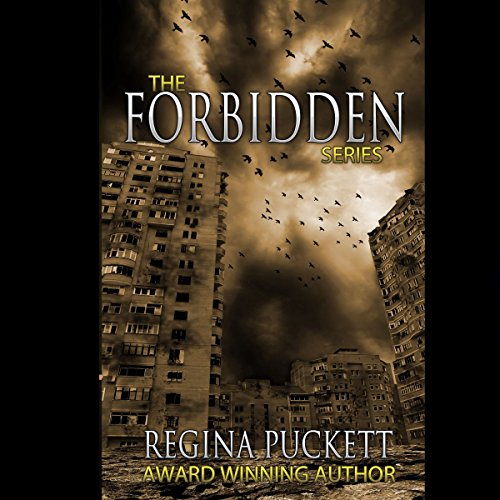 The year is 2836: 800 years since the great war. Liberty has grown up in this postapocalyptic climate. Her home is an airship built by her adopted father. It has been five years since his death, and each day is just another day of trying to survive in a hostile environment. That is until a dying friend of her father asks if she'll take custody of a small, childlike robot.

After Liberty's death, her granddaughter, Harmony, inherits Boy and Airus. Harmony still travels the same routes as her grandmother - until one day when her brother and cousin turn up missing while scavenging for items in the forbidden lands. Fortunately an escaped slave agrees to escort Harmony to the walled-off city called Freedom. While it isn't a place Harmony would normally travel to, she's determined to rescue Walker and Journey from the group of huge, spikelike robots aptly named overseers.

A quick trip up the east coast quickly turns into a life-and-death experience for Harmony when hurricane-force winds plunge her airship into the ocean. When Airus drifts upon a tiny island, she is faced with a deflated balloon, two broken robots, a damaged friction engine, and the fear of running out of fresh water. This might be enough to discourage the bravest heart, but Harmony is determined to stay alive. She simply refuses to believe she'll never see her family or Griffin again.

I chose this book for it's narrator. Hollie Jackson has always done good in my opinion. This was no exception. She was actually the main reason I finished the series. Each of the books had a great story to tell but there are so many holes and so many missed stories! The epilogue of book 1 just kills off the main character, well she dies of old age. She wasnt even old in the story, so there's a huge chunk of her story gone. Book 2 begins with her grandchildren. What about her kids? So there's another huge gap. At the end of book 2 Griffin promises to never leave Harmony but as book 3 begins he isn't in the story. Griffin isn't even mentioned until half way through book 3. Then later we find out that they are married??? What happened to that part of the story. Bolts the robot was apparently completely forgotten in book 3. Again, the stories were good but they could have been great. I feel there could have been a whole lot more great stories in those gaps.

Get all three stories for 1 credit.

If you could sum up The Forbidden Series in three words, what would they be?

What was one of the most memorable moments of The Forbidden Series?

jumping from the first characters to thier grandchildren....so many untold stories in-between!

well worth it, I would have liked a longer story. A well crafted world with likable characters, it seems a pity drop the characters of the first story, ship a generation and wizz through to a conclusion...each story could have been 3 times longer...That aside, I enjoyed this series.