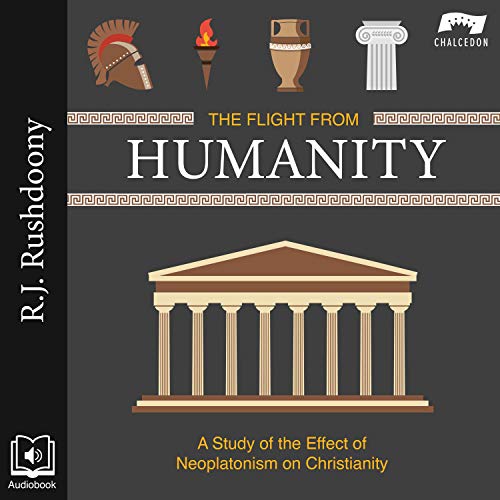 The Flight from Humanity, Second Edition

One of the most neglected but pervasive threats to the Christian world and life view is that of neoplatonism. This leftover of ancient Greek philosophy is grounded upon a dual aspect to reality: It views that which is form or spirit (such as mind) as good and that which is physical (flesh) as evil. Neoplatonism is a "dialectical" philosophy that tries to reconcile two basically hostile concepts and retain both within its system.

Neoplatonism presents man's dilemma as a metaphysical one, whereas Scripture presents it as a moral problem. Basing Christianity on this false neoplatonic idea will always shirt the faith away from the Biblical perspective. Modern ideas of spirituality have developed into a form against the biblical model, where the spirit of God is active in the world and in the person to work out the will of God.

Too many Christians believe they can escape sin if they can escape the material world. But Scripture says all of man fell into sin, not just his flesh. Flight from Humanity is a revealing look into the nature and effect of neoplatonism on contemporary Christian thought, and it offers sound biblical solutions for the believer who desires to fully serve God.

What listeners say about The Flight from Humanity, Second Edition

Didnt like it all that much but did explain a few things, could do with out computer generated quote every other sentence