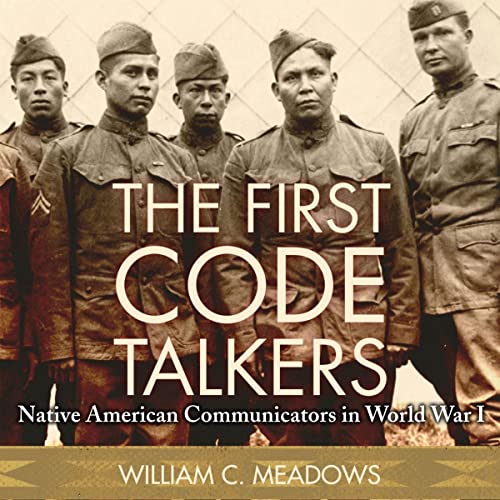 The first full account of these forgotten soldiers in our nation’s military history, The First Code Talkers covers all known Native American code-talkers of World War I - members of the Choctaw, Oklahoma Cherokee, Comanche, Osage, and Sioux nations, as well as the Eastern Band of Cherokee and Ho-Chunk, whose veterans have yet to receive Congressional recognition. William C. Meadows, the foremost expert on the subject, describes how Native languages, which were essentially unknown outside tribal contexts and thus could be as effective as formal encrypted codes, came to be used for wartime communication. While more than 30 tribal groups were eventually involved in World Wars I and II, this volume focuses on Native Americans in the American Expeditionary Forces during the First World War.

Drawing on nearly 30 years of research - in US military and Native American archives, surviving accounts from code-talkers and their commanding officers, family records, newspaper accounts, and fieldwork in descendant communities - the author explores the origins, use, and legacy of the code-talkers. In the process, he highlights such noted decorated veterans as Otis Leader, Joseph Oklahombi, and Calvin Atchavit and scrutinizes numerous misconceptions and popular myths about code-talking and the secrecy surrounding the practice.

The audiobook is published by University Press Audiobooks.

What listeners say about The First Code Talkers