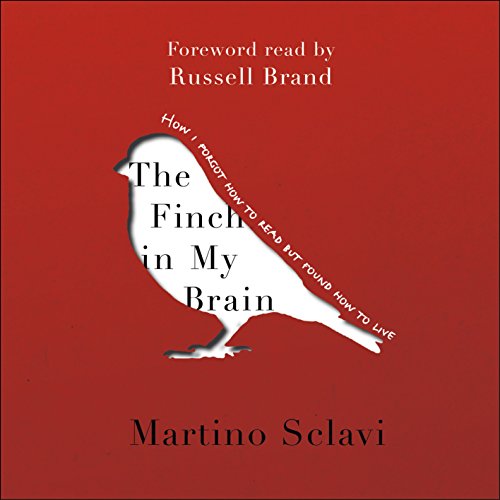 The Finch in My Brain

'It's eerily joyful to write a foreword for Martino Sclavi's book because five years ago I accepted that he was going to die.' (Russell Brand)

Diagnosed with fatal brain cancer, the treatment that follows renders the writer of this extraordinary memoir unable to recognise words. This is the inspiring story he can no longer read. With a foreword by Russell Brand.

This is the story of a successful Italian-born, London-based film writer who is suddenly, wholly unexpectedly diagnosed with stage four brain cancer. The prognosis is bad: there's a 98 percent likelihood he'll be dead within 18 months.

He undergoes two operations, including one in which he must remain awake throughout. Part of his brain is removed, the part that enables us to recognise written words - to read. As someone who relies on words for his livelihood, his very identity, this presents impossible questions as to what happens next.

Defying all predictions, Martino is still very much alive five years on and is writing and being read to by a monotonous computerised voice he calls Alex. His marriage suffered, his relationship with his young son - whom he will never read bedtime stories to again - must be reconfigured and he is made to question all that his previous life gave him, along with his habits, dreams and beliefs.

'Whenever I see Martino I am reminded of how little I know about life and death compared to him. How we don't know what is within us or what may live on the other side. I hope it's as magical and beautiful as this book.' (Russell Brand)

What listeners say about The Finch in My Brain