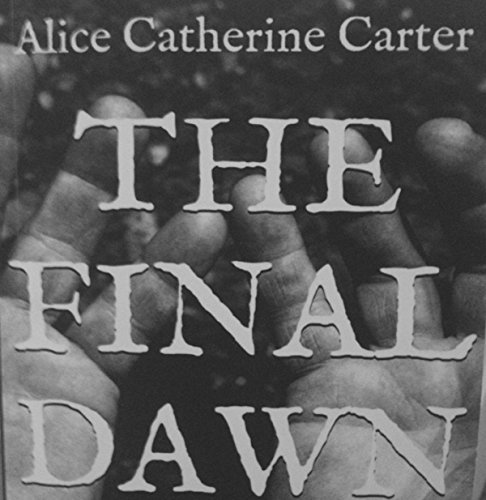 In Joseph Stalin's early 1930s Russia, an entire class of people were at risk of exploitation. Valeyria and Alexei Yolkin were members of one such family.

It was a freezing day when the first Yolkin siblings turned on another. With the young children listening in fear below in the darkness, they heard their uncle Eduard giving orders to kill their mother and father. The only girl, Valeyria, aged just seven, had a sudden desire for revenge, it consumed her. She hated her uncle Eduard and she wanted him to die - by her hands, if she could.

But would her thirst for revenge lead her to her final dawn and cloud her judgement? Will she take it too far and turn on those she is supposed to love?

When this story came to its end, I realized that I had listened all the way through without a single break. Amazing!
It wasn't only the story that I found so entertaining, but the superb narration by Melanie Fraser.
Definitely two very talented people bringing us a totally captivating tale and I am definitely recommending this book which is full of hate, revenge, trust and the betrayal of that trust.
I was given a free audiobook by the narrator and this is my unbiased review.

Lovely Narrative But Just Getting Started

Enjoyed this book i just wanted more. I wanted the story to carry on and felt it stopped early. Melanie Fraser's narration, was as always, impeccable and helped the listener through all the different characters.

On a freezing day in Stalins Russia,three children hide.Above them their parents are being executed...by their Uncle.This is a story of intolorence,hate and cruelty.It was well written.It was a short novel,but I thought that each childs storyline could have been fleshed out a bit more.It seems that nothing but this 1 event shaped them 100%.
Melanie Fraser did a fine job with the characters voices.
"I was provided this audiobook at no charge by the author, publisher and/or narrator in exchange for an unbiased review via AudiobookBlast dot com"

This tale of sorrow, betrayal and revenge (some may say justice), is a well researched look at the old USSR and the actions and emotions of a few. It jumps in time and back for a deeper understanding of motives...very well done. It is well written and beautifully narrated, which brought alive this powerful story. I don't give spoilers but will say that if you listen to The Final Dawn, it will reach your heart and remain.

Would you consider the audio edition of The Final Dawn to be better than the print version?

YES! Melanie Fraser's narration was fantastic. She really made the story and characters come alive.

I was captivated by the story in the first chapter. Nicely paced.

Have you listened to any of Melanie Fraser’s other performances? How does this one compare?

This is the first one. And I plan to listen to more!

This is a sad, dark story of how the thirst for revenge can be more destructive that the occurrence that caused the emotion to occur in the first place. The tale of a family betrayed and the quest for vengeance that takes place over decades and in two counties. The narrator does a great job of bringing the characters to life and making you feel the determination, sadness, anger and the coldness of revenge. The author shows well that bitterness and hate twists the mind and destroys personal achievements and lives as a whole. It is a captivating short but poignant story.

Alice Catherine Carter’s "The Final Dawn" is a dark, straightforward story of revenge. Her tale of the quest for vengeance takes place over decades and the vast expanses of Russia. Carter does a god job of making you feel the cold of the steppes and the cold that can exist inside the human heart. If you’re looking for a quick read with strong themes, this will do.

The narrator, Melanie Fraser, was wonderful. I received this as a free Audible download in return for an honest review.

This story grabbed me from the start. Set in Russia during World War II, this story is as cold as the landscape and just as harsh. Valeyria is shaped by events that happen in the opening scene and harbors a hatred that will never melt. No spoilers, but strap in for an afternoon and enjoy the ride.

As always, Melanie Fraser gives a stellar vocal performance that will have you drawn in from the start. I think this style of story is made for her voice.

This is a debut novel, and, as a first effort, is extremely respectable! For one thing, the premise of the story is excellent, and founded strongly in events that did occur during the October Revolution. (coincidentally, I read this book shortly after finishing a nonfiction of that revolution and its effects on Russia.)

The writing is excellent, and, upon occasion, close to brilliant. The author is an accomplished wordsmith, and if she seemed to be trying a bit too hard on occasion, that will work itself out with practice ..and I hope we will see many more examples of that “practice”! Her presentations of settings and action scenes are particularly good.

Now, for the things that didn’t please this reader quite as much. The first rule I learned when trying to write was : “show, don’t tell”. The authors tells us too much, and shows us too little. I would have been happier if this book had been 5 times as long as it was (it came close to being a longish novella), and would have enjoyed watching he r construct her main characters bit by careful bit. I know she can, because on those occasions when she does *show* motivation through action, she does so spectacularly. I am thinking specifically of the scene in which Valeria (a driven character if there ever was one!) is introduced to the art of hunting. That scene was absolutely stunning in every respect, which makes me have high expectations of this author.

The other thing that bothered me is that much of this book takes place during WWII in Russia. True, I don’t think the Germans invaded Moscow, though they came close, and true, the war wasn’t the real theme of this book, but for me, it was like the elephant in the living room that everyone is trying to ignore. I would have been satisfied with passing mentions …references to troop trains, or the Battle of Leningrad …just for the sake of grounding the story in its context. Nothing happens in a vacuum, after all, and surely all of Russia, even the elite, were affected by those events, even if only peripherally.
The narrator has an extremely competent style, and a voice that is delightfully easy to listen to. (It does help that I love listening to a cultured British accent). Her pacing and phrasing were excellent. However, her Russian accents (though probably fairly accurate) were almost too much, too strong. There were times, In fact, when the accent got in the way of understanding the text. Just a subtle hint of an accent would have been enough, especially since most of the characters are Russian. I’ve seen narrators who imply accents in very subtle ways, so that the reader recognizes them, but they never really interfere with the book.

All in all, I am happy to have found this author, and very much look forward to seeing what she will do next. In fact, I rather think she will become a very strong voice in the world of historical fiction. I give this book 3 out of 5 stars, and the narrator as well ..and hope to give far more with the next books!

A Tale of Destructive Vengeance

The book was about betrayal, vengeance and the inability to forgive. It was a fable. That was what I liked best.

The book was muddy in parts and not clear. That is what I liked least.

Would you recommend The Final Dawn to your friends? Why or why not?

I'd recommend it for some one who wants a short listen and a story with a message.

Was The Final Dawn worth the listening time?

It could of been a bit longer to clarify the muddy parts and to more fully develop the story and theme.

For example I can't figure out just who the English fellow was and why he was at the scene where he discovered the children.

That part was unclear to me. Also the book had a moral to the story and deep emotions. Therefore the story and theme could of been more profoundly developed.

Final Dawn is the story of siblings, Valeyria and Alexei in Joseph Stalin's 1930's Russia. As children, their parents were murdered by their uncle, under Stalin's command and as the pair grow up and started a new life for themselves. The plot is very histoeical

Not only do i want more Alice Catherine Carter i want more from the narrator Melanie Fraser! She is the best! I want her to read my TAXES! That is how good she is! Her voice work is just fantastic! It want me want WHAT? Yeas, you guessed it: MORE!

So if you like a revenge story, if you want a fantastic 2 hours, if you want Melanie Fraser to read for you like me: Just get this book, and wait for MORE!