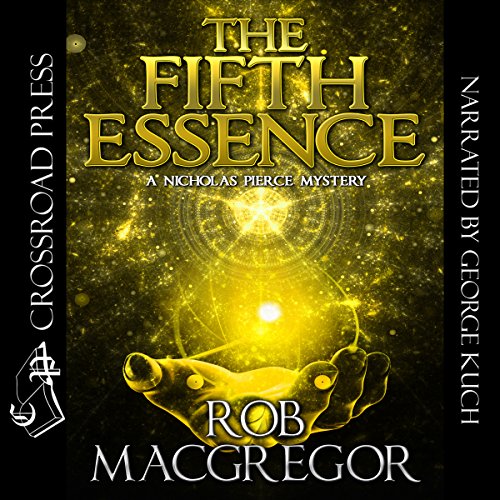 Why did a chemistry professor write a text on a medieval practice from the viewpoint of a practitioner? And, why would a chemist for a suntan lotion company take such an interest in that professor and her hobby three and half decades later? Finally, and most important, why did they both vanish and where did they go?

That was what Miami Beach private detective Nicholas Pierce was trying to figure out when he realized that it was no coincidence that two police detectives investigating the case had been found dead.

What listeners say about The Fifth Essence

Have read and listened to other writings by this author and have enjoyed them. I liked the detective in this one.Nicholas, he is puzzled, and knows this is more than one thinks. With two policemen dead, he needs answers.
Found the plot was intriguing. Good narration added to this. Given audio for my voluntary review and my honest opinion