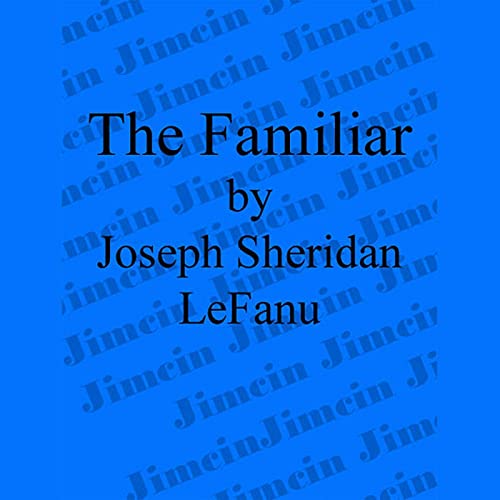 19th-century Irish novelist Joseph Sheridan Le Fanu helped shaped the Victorian ghost story. His 1872 story The Familiar showcases his ability to create chilling tales in which the supernatural is only one possible explanation.

The Familiar tells the story of navy captain James Barton, who is pursued by a demon named "The Watcher". Hearing voices, Barton begins to fixate on his fiancée’s pet owl, which may or may not be real.

Using mid-Atlantic accents, Walter Zimmerman and Walter Covell bring restraint and tension to their performances of this spooky tale of madness and paranoia.

Joseph Sheridan Le Fanu was one of the major figures of 19th-century supernaturalism. He helped move supernaturalist fiction away from the gothic's emphasis on external sources of terror and toward a focus on the effects of terror, thus helping to create the psychological basis for supernaturalist and horror literature that continues today. "The Familiar" is one of his most terrifying tales.

What listeners say about The Familiar

What made the experience of listening to The Familiar the most enjoyable?

Sets the stage for a very eerie tale.

Has The Familiar put you off other books in this genre?

What about Walter Covell and Walter Zimmerman ’s performance did you like?

Yes, but is a short story anyway. It doesn't provide any reason for the haunting. The apparition follows his subject with the same menace throughout. In the final chapters he becomes aware of his impending demise. When this comes we do not learn what happened either.

For the price it was a good listen. No-one can ascertain motives of a supernatural force but the story does suggest possible causes for the haunting.

The story is what it is. The narration is well done. The recording is atrocious and better can be found elsewhere.