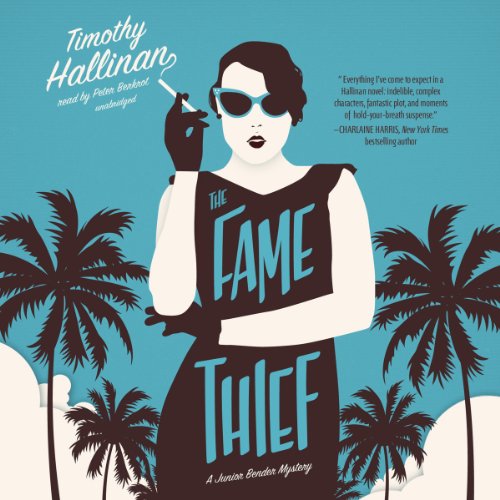 There are not many people brave enough to say no to Irwin Dressler, Hollywood’s scariest mob boss turned movie king. Even though Dressler is 93 years old, LA burglar Junior Bender is quaking in his boots when Dressler’s henchmen haul him in for a meeting. Dressler wants Junior to solve a crime he believes was committed more than 70 years ago, when an old friend of his, once-famous starlet Dolores La Marr, had her career destroyed after compromising photos were taken of her at a Las Vegas party. Dressler wants justice for Dolores and the shining career she never had.

Junior can’t help but think the whole thing is a little crazy. After all, it’s been 70 years. Even if someone did set Dolores up for a fall from grace, they’re probably long dead now. But he can’t say no to Irwin Dressler - no one can, really - so he starts digging. What he finds is that some vendettas never die; they only get more dangerous.

I love Hallinan, but this is not his best book.

The performance I have found limited. The different voices were lacking in credibility and register.

Junior is reliably funny and good

First let me say that I think the narrator is perfect for this series. He has just the right amount of sass, sarcasm, belligerence, and whimsy to pull off this set of hysterical mysteries. One of my favorite recurring characters is Junior's buddy and driver, Louie the Lost. His summary of how women react to perceived betrayals by their men is both spot on and side-splitting; I went back to Chapter 24 just to listen to it a few times and wipe away tears of laughter.
There are a few creepy sections in this book too: that guy Fronts was cringe-worthy.
Overall I enjoyed the book. Junior remains one of my favorite detectives, and the characters he has to work with (other crooks) are delightful.

To a certain extent I'm still trying to figure out what it is about the Junior Bender series that I like. And, I do like it. I like the character of Junior, his daughter Rena and the other characters are entertaining. That's what I'd call the entire series, entertaining. Not great crime thrillers, not especially intense but the author has a good writing style. You find yourself chuckling at his inferences and the situations Junior finds himself in. As I've stated many times in reviews, what do I want out of a book? I want to be entertained and this book entertained me.

I also like the references to the entertainment industry. Most of the time when watching a movie you aren't thinking about the history of the industry. But this book brings at least some of it to life. Since inception there have been many people who would stoop to anything to advance their agenda. At the core of it has always been money and people willing to do anything to get it.