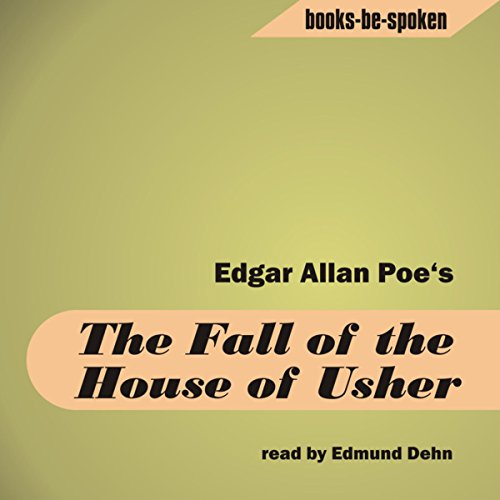 The Fall Of The House Of Usher

Born on January 19, 1809 in Boston, Massachusetts, Egar Allen Poe was to become the master of the macabre. Orphaned at three, he was brought up by a wealthy family and later began to write poetry and worked as a journalist in Richmond. He lived in poverty and had serious alcohol and drug problems. Nevertheless many of his fantastic short stories and poems were published, and he became the most talked about poet in America. Edgar Allen Poe died on October 7, 1849 in Baltimore of "congestion of the brain".

Born in London, Edmund Dehn has been an actor for over twenty years. Working for theatre companies all over the world and performing in many TV productions, he recently appeared in Bernard Shaws classic drama "Candida" at "The English Theatre of Hamburg". Edmund Dehn - very experienced in Voicework - did also radio drama, documentary film narration and numerous Audio Books.

What listeners say about The Fall Of The House Of Usher

One of the best audible selections

The narrator’s sonorous voice conveys the horror of the story perfectly. Unusually effective and compelling.