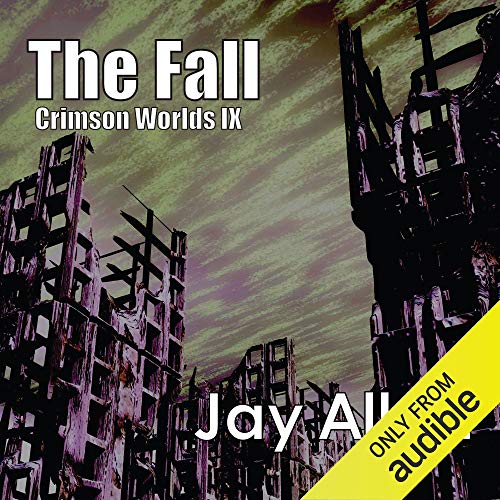 The Epic Conclusion to the Crimson Worlds Series.

Erik Cain is the hero of the Marine Corps, a celebrated warrior who has led his grim veterans into every war the Alliance and mankind have faced. But now he has left the Corps, driven to near madness by an overwhelming need for vengeance. He has sworn to kill Gavin Stark, the madman responsible for his mentor’s death and, with a small band of dedicated followers, he is pursuing his prey across occupied space.

Meanwhile, on a dozen colony worlds, Marines land to face the occupying forces of Stark’s Shadow Legions. They are supported by the Janissaries, their longtime enemies, now turned allies, but they are exhausted and outnumbered, facing a vastly superior enemy entrenched and waiting for them. But they are veterans, Marines and Janissaries both, men and women who have battled the armies of the First Imperium and lived to tell the tale. They know what is at stake, and they are determined to prevail, even if none of them come back.

And on Earth, the economic collapse Stark engineered has shattered the Treaty of Paris and its century-long prohibition against terrestrial warfare. Millions are already dead as the war between the Superpowers spreads across the Earth, a growing conflagration that could end in apocalyptic nuclear, chemical, and biological exchanges between the powers.

Will mankind live under the iron boot of Gavin Stark and his clone descendants forever? Or will Erik Cain and the Marines defeat him once and for all?

What listeners say about The Fall

A rather stolid and predictable slog to an inevitable rather than epic conclusion with several spin-off series apparently ensuing on a devastated Earth and among mercenaries fighting on the colony worlds... Anyway, the increasingly annoying emo ignoramus narrator who can't pronounce many dozens of English and foreign words properly was a definite detraction from my enjoyment... I liked many books in this series and considered them entertaining, albeit not ground-breaking or ingeniously literary, but this book just wasn't up to par compared to the rest, and contained a lot of repetitive recap.

Great series, cant wait for the next two series!

Awesome, great military sci-fi! Got used to the performers voice. I like the voice effects he uses for comm talk.

If only things were pronounced correctly...

My biggest gripe about the narrator is that he doesn't seem to know how to pronounce last names as possessives. For last names like Cain, Stark, Holm, etc. he would add an extra s before the 's (Cains's, Starks's, Holms's). I wish I had never noticed because it drove me up the freaking wall.

the ending was worth the wait.

I love the whole series it was very well done. one of the best space operas that I have ever listen to.
the narrator brought you in and kept you there throughout the whole nine book series kudos to him.

I really love this series, it’s excellent; however, Jeff Bower is the absolute worst narrator I have encountered over my scores of audible books! Someone needs to get Jeff a PRONUNCIATION guide as he is awful!! If I didn’t like the series so much I would not have continued thru the 9 books!! Anything I see that is narrated by Jeff Bower going forward will get a “no thanks” from me

pause was the most used word in this story, it started to wear thin but the story was entertaining