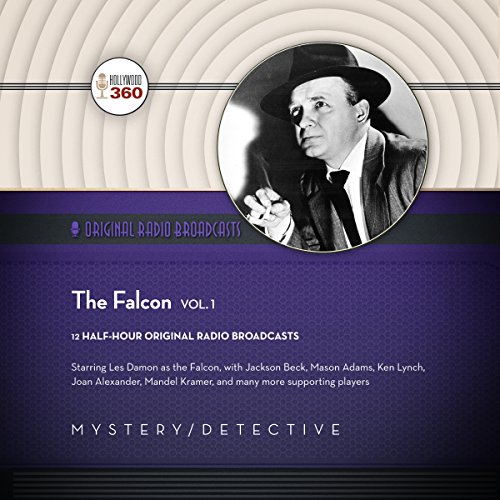 The Falcon radio series aired from 1943 until 1954. "The Falcon" was an alternate identity for detective Michael Waring. Like the Falcon movies, the radio plots mixed danger, romance, and comedy in equal parts. Each show began with a telephone ringing and Michael Waring, the Falcon, answering the phone. Speaking with a woman whose voice was never heard, Waring would explain that he had an urgent situation he had to deal with. This led into the standard opening, followed by the week's tale of adventure. Often, incompetent police were unable to solve the mysteries without his help.

Waring was billed on radio as a freelance detective who was "always ready with a hand for oppressed men and an eye for repressed women". Berry Kroeger, James Meighan, Les Tremayne, Les Damon, and George Petrie portrayed the Falcon during its radio run.

What listeners say about The Falcon, Vol. 1