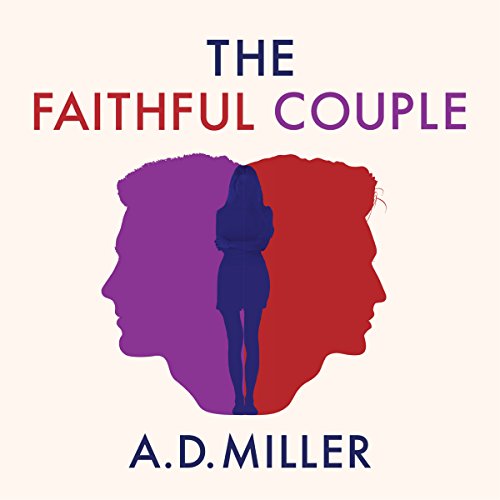 "Lucid and engaging . . . The Faithful Couple is a thoughtful, frequently witty and insightful book" (Guardian)
"It's easy to imagine A. D. Miller as a literary David Attenborough . . . Miller reveals a zoologist's eye for the rituals and dynamics of mateship . . . A portrait of a male friendship, free from the whiff of trenchfoot or "Iron John" silliness or new man self-consciousness, is a rare thing" (The Times)

USA, California, 1993: Neil Collins and Adam Tayler, two young British men on the cusp of adulthood, meet at a hostel in San Diego. They strike up a friendship that, while platonic, feels as intoxicating as a romance; they travel up the coast together, harmlessly competitive, innocently collusive, wrapped up in each other. On a camping trip to Yosemite, they lead each other to behave in ways that, years later, they will desperately regret.

The story of a friendship built on a shared guilt and a secret betrayal, The Faithful Couple follows Neil and Adam across two decades, through girlfriends and wives, success and failure, children and bereavements, as power and remorse ebb between them.

Their bifurcating fates offer an oblique portrait of London in the boom-to-bust era of the nineties and noughties, with its instant fortunes and thwarted idealism. California binds them together, until - when the full truth of what happened emerges, bringing recriminations and revenge - it threatens to drive them apart.

The Faithful Couple confirms Miller as one of the most exciting and sophisticated novelists in the UK - someone who can tell a great story with a sense of serious moral complexity. This is that rare bird: a literary novel with mass appeal as well as the potential to win prizes.

What listeners say about The Faithful Couple

Interesting plot but dreadful gabbler of a reader

I don't really rate this highly . Perhaps with a more sensitive reader I would have got more from it....but there was not enough left for the reader to add. too much directive narrative

Remarkable and skilful prose bring a clever story to life and make the experience of listening a joy. A skilful and exciting author.