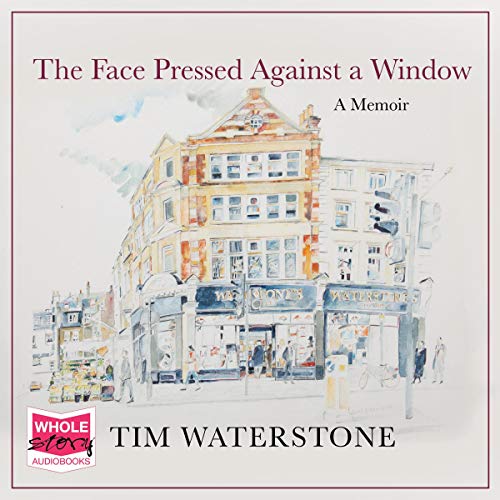 The Face Pressed Against a Window

The Face Pressed Against a Window

Candid and moving, The Face Pressed Against a Window charts the life of one of our most celebrated business leaders.

Tim Waterstone is one of Britain's most successful businessmen, having built the Waterstones empire that started with one small bookshop in 1982. In this charming and evocative memoir, he recalls the childhood experiences that led him to become an entrepreneur and outlines the business philosophy that allowed Waterstones to dominate the book-selling business throughout the country.

Tim explores his formative years in a small town in rural England at the end of the Second World War, and the troubled relationship he had with his father, before moving on to the epiphany he had while studying at Cambridge, which set him on the road to Waterstones and gave birth to the creative strategy that made him a high street name.

This is the fascinating, exciting and moving story of a glittering jewel of a little boy, who from the moment he opened his mouth seemed to give far, far better than he got - how from childhood onward, he grabbed hold of the hand he'd been dealt with bravery, generosity of thought, imagination and brilliance, to fill his life - and the world - with goodness. How such a person could have sprung from such sickeningly disturbed and appallingly limited parents is a miracle. As his story unfolds, read so engagingly and warmly by Mr. Waterstone himself, one gleans that even as a small child, he seemed to possess the extraordinary maturity, emotional awareness and heart to understand and forgive, and to move forward devoid of bitterness. Throughout his life he embraces challenge after challenge, making the most of every moment, and as the story of Waterstones Bookshop opens out, one can almost hear a wave of film music! What a man – what a life – what an experience to sit across from him, so to speak, and hear his story, so beautifully written and artfully paced. Thank you, Mr. Waterstone.

Firstly, Mr. Waterstone did a great job reading this. The book started with him describing his youth. I found it quaint and interesting. The second part of the book was about his business efforts and Waterstones. It was interesting to get his views, and also interesting to read ex Waterstones employees reviews online. I liked this book. The two short stories at the end of the book were a good closing section. I would recommend this book. Overall, i enjoyed it, kept an open mind on Mr. Waterstone, and still appreciate his stores. Long may good bookstores last.

Thank you,Tim Waterstone, for not only writing but reading this beautiful account of true relationships and business know how. I truly enjoyed listening to each word!