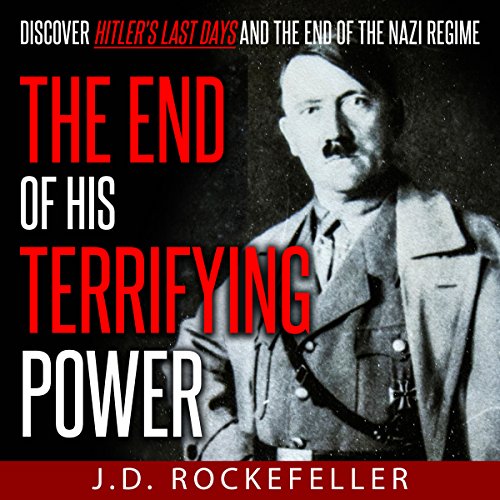 The End of His Terrifying Power

The world has suffered at the hands of just a few people who used their power to rule the world in an evil, dictatorial way. One of the most infamous dictators of all time is none other than Adolf Hitler, whose power led to the death of thousands of Jews with the so-called Holocaust. This book will share with you the story of his life and details about how his power began to diminish. His name is a big part of Berlin's history; his reign rocked Germany, particularly during the Second World War. This book is mainly intended to show you the last events of his life and dictatorship. His last days were the most unforgettable.

What listeners say about The End of His Terrifying Power

From Day 1 to Last day of Hitler

What did you love best about The End of His Terrifying Power?

It covers Hitler first day to the final end..

What was one of the most memorable moments of The End of His Terrifying Power?

Eagle's Nest..The author took time to explain this place.. Then into many ares of pre-war I, next into Hitler imprisonment, choosing of the symbol,the meaning if the flag color-RED-WHITE-BLACK.. And others members of WWII, their roles of the events in WWII..
This very easy reading and very quick to finish....

What does E. Jonathan Kessler bring to the story that you wouldn’t experience if you just read the book?

His voice was very entertaining. no sleeping on my listening