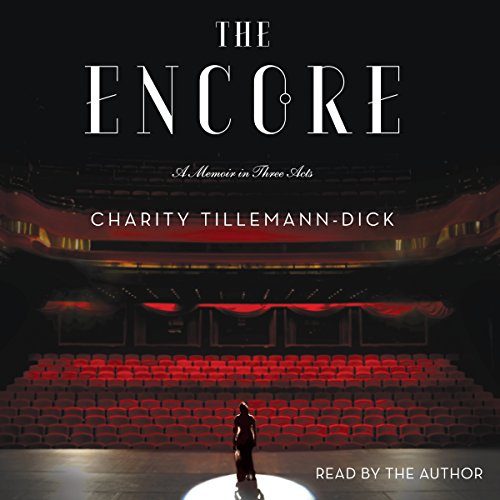 The remarkable true story of acclaimed opera singer Charity Tillemann-Dick, who received not one but two double lung transplants and went from struggling to draw a single breath to singing at the most prestigious venues in the world.

Charity Tillemann-Dick was a vivacious young American soprano studying at the celebrated Franz Liszt Academy of Music in Budapest when she received devastating news: her lungs were failing, her heart was three and a half sizes too big, and she would die within five years. Inexplicably, despite her fatal pulmonary condition, she could still sing. Medical experts advised Charity to abandon her musical dreams, but if her time was running out, she wanted to spend it doing what she loved.

In just three years, she endured two double lung transplants. Teetering between life and death, she slowly learned to breathe, walk, talk, eat, and sing again. With new lungs and fierce determination, she eventually fell in love, rebuilt her career, and reclaimed her life. Over a decade after her diagnosis, she has a chart-topping album, performs around the globe, and is a leading voice for organ donation.

Weaving Charity's extraordinary tale of triumph with those of opera's greatest heroines, The Encore illuminates the indomitable human spirit. It's the story of confronting devastating challenges with love: the intimate love of a mother for her daughter, a man for a woman, a doctor for her craft, and a singer for her music. Ultimately, grace from God and strangers enabled the work of love to save one young woman's breath and allowed her to reclaim her life.

Would you consider the audio edition of The Encore to be better than the print version?

Yes. I have been following Charity Tillemann-Dick's career for several years. I first bought the print version, which I thoroughly enjoyed. I downloaded the audio version when I learned that she sings in it. Hearing her singing voice as well as the inflections in her speaking voice made her incredible story come to life even more.

Well, obviously Charity, but her husband Yoni is a close runner-up! He has the biggest heart, and you can tell he just loves her so much.

What does Charity Tillemann-Dick bring to the story that you wouldn’t experience if you just read the book?

The opera solos! I was blown away.

I laughed and cried. Charity has been through so much, and yet her positive attitude continues to buoy her and those around her up.

Such a powerful story full of grace! I especially loved the narration by the author.

A truly amazing story of devotion, vision, love and life.

I love the quote. “True Divas die, but their greatness doesn’t “. Such an amazing woman with an amazing Story. Then there’s her family. AAAMAZING!
What a beautiful story of love and devotion. Yoni is one of a kind! Loved every page. I’ve read it twice already.

I could not stop listening to this book! I was laughing, crying and left inspired. What a beautiful woman Charity is. Her strength and honesty give life to others who are also struggling. My heart and prayers are continually with you Charity. May God continue to bless you even in the midst of your trials.

Charity’s story brought me to tears more than once! Her and her family’s unwavering faith in the face of extreme hardship was incredible and faith-affirming. I am so glad I listened to the audiobook...to hear Charity sing brought me to tears...again! Amazing and awe inspiring!!!

Charity does a wonderful job at explaining her hopes, beliefs and experiences, but also helps explain the perspectives of her family as they continue to support her as well as the many medical professionals who have assisted in her recovery.

She helped me remember that physical challenges don't have to prevent me from living my life to the fullest.

These are the words that occur to me as I wrap up my listen of “The Encore.” An incredible written work, and a beautiful performance. Powerful as the book itself is, I kept thinking how wonderful it is to listen to Charity telling and singing her story—in her own words, with her own voice. I am in awe of this woman and her sheer will to live and thrive against the odds. Hers is a story that will not soon be forgotten—with a message of hope and encouragement for all of us.

There is nothing like hearing a memoir read by the author herself. This story takes the listener on a interesting and thought-provoking journey through tragedy, trial and triumph. Acknowledging it is a memoir, o still would have liked a paragraph or two here and there noting what her siblings or husband were thinking at various points, such as during the wedding prep, just to round out the story more.

Opera is something I have little experience with and even less knowledge about. It is not a genre of art that I have been inclined towards. However, I found this book fascinating in both how it illuminated that world for me and found following Charity’s life intriguing and inspiring. She has such a unique childhood, with unusual parents, religion, heritage, and experiences that I was constantly intrigued. Her career, courtship, marriage and battling such a terrible disease with courage and faith are beyond just interesting—one is moved with awe at honest and humble telling and that she is even alive to tell her story.

Having met her and her husband once at a book signing and then at a small dinner party, I was impressed with her lack of airs and easy manner. Yoni was just as authentic and delightful. I highly recommend this book.

What a miraculous tale of woe and triumph! I loved hearing Charity's voice as she read and sang her story. Lovely, lovely, lovely!