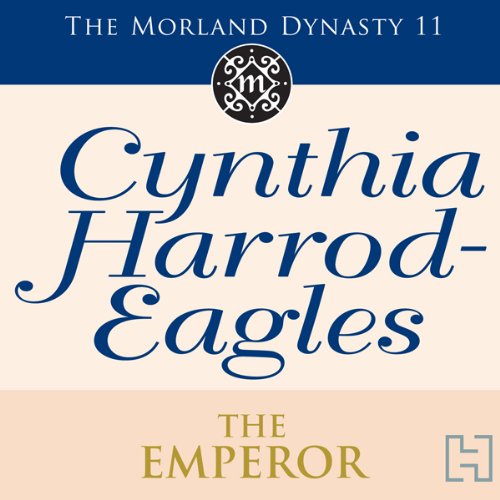 By: Cynthia Harrod-Eagles
Narrated by: Terry Wale
Try for £0.00

1795: The shadow of Bonaparte has fallen across Europe and touches each member of the far-flung Morland family. As the century draws to a close, Jemima Morland wearily acknowledges that her life is also nearing its end, but she has scant peace as her unpredictable children behave ever more incomprehensibly: James's marriage to Mary Ann is closer to falling apart; Lucy's marriage of convenience is in the balance - her affair with Lieutenant Watson an open scandal; Mary bears a daughter on board her husband's ship during the battle of the Nile; and William supports a mistress whose marriage cannot be dissolved.

Jemima's death appears to unite the family but, as ever with the Morlands, the future holds more peril than hope.

What listeners say about The Emperor

Read the Dynasty series many years ago when I had full sight and am thoroughly enjoying renewing my acquaintance with the characters. My only gripe is the pronunciation of lieutenant as "loo" rather than "left"!