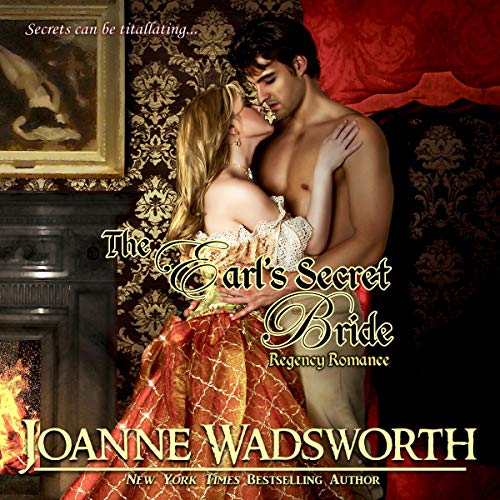 Secrets can be titillating…

Secrets can be dangerous...

Will Rosamonde’s secrets kill her or save her?

Lady Rosamonde Raven was a girl of 17 when the Earl of Winterly rescued her from tragic death. Six years later, he arrives at her father’s country estate for a house party and she is still irresistibly attracted to him. Unfortunately, her father has agreed to a betrothal between her and an arrogant marquess who is more than twice her age. She is shocked at her father’s decision, but even more so, she’s shocked to learn exactly how evil the marquess truly is. There is only one man she trusts with disclosing the truth - Winterly.

There is only one woman Winterly is now set on - Rosamonde. When his lady entrusts the truth of her betrothal with him, he devises a plan. A secret marriage. He simply can’t step away from her during her greatest time of need, only when she is kidnapped by the marquess, he must ride out and save her a second time. Flying into a storm of danger, dark secrets, and deadly assignations, he enters a veritable house of terror.

Can he find and rescue his lady before he loses her forever? Or is he already too late?

Buy this today, because everyone loves uncovering secrets.

Each book in this series is stand-alone and can be enjoyed out of sequence.

What listeners say about The Earl's Secret Bride: Regency Romance