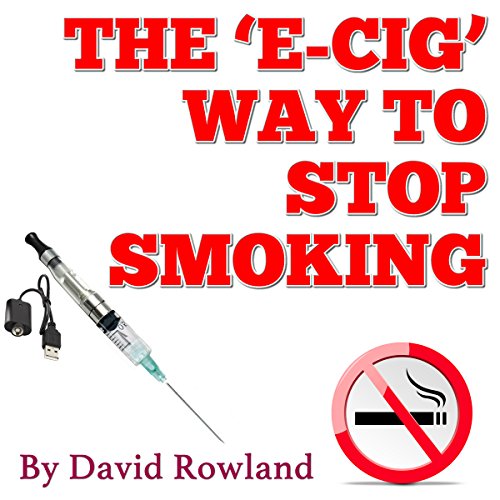 The E-cig Way to Stop Smoking

How to Stop Smoking With Electronic Cigarettes
By: David Rowland
Narrated by: David Rowland
Length: 3 hrs and 29 mins
Categories: Health & Personal Development, How To
4 out of 5 stars 4.0 (3 ratings)

The E-cig Way to Stop Smoking

A smoker for 26 years, David Rowland blows the holes right out of the cold turkey theory. In his attempts to quit smoking, Rowland signed up for just about everything going. Patches, gum, someone putting a needle in his ear. In the end he realized that you may as well put a potato in your ear for all the good it would do you.

But in his long history of trying to give up the weed, Rowland realized that although he wasn’t finding the nicotine replacement therapy to be useful, he knew that cold turkey was too much pressure for not only him, but many other smokers too.

Technology came to the rescue. With the invention of E-cigs (electronic cigarettes), Rowland found a tool that would provide the ideal intermediate stage to quit between smoking and non-smoking. The problem for most quitters was that there were no instructions with an E-cig telling you how to use it to stop smoking.

Rowland uses his years of experience as an attempted quitter and presents it for you in a compact method that allows you to give up cigarettes for good in two weeks.

What could David Rowland have done to make this a more enjoyable book for you?

Overall pleasant to listen to