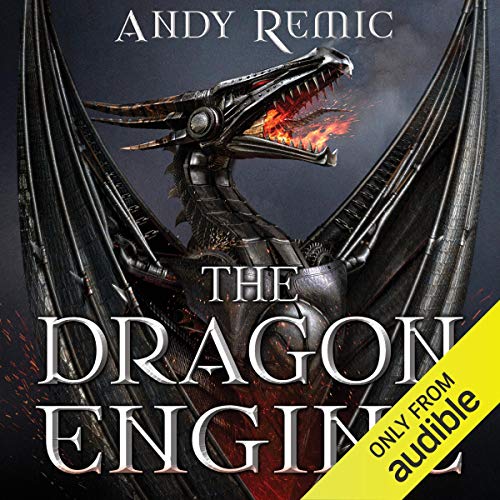 By: Andy Remic
Narrated by: Barnaby Edwards
Try for £0.00

Five noble war heroes of Vagandrak get drunk one night and sign a contract - to journey to the Karamakkos in search of the Five Havens where, it is written, there lies untold abandoned wealth and, more importantly, the three Dragon Heads, legendary jewels claimed to give unspeakable power and everlasting life to those who wield them.

But the Dragon Heads aren't what the adventurers think they are, and the world has not encountered their like in generations! Think Smaug was fierce? You ain't heard nothing!

What listeners say about The Dragon Engine

Always the heroes you know you would want to be. Remic’s grasp of drama, real characters with humour and smack in the face dialogues drive a fast paced adventure.

If you’ve listened to books by Andy Remic before, how does this one compare?

No this is my first book of his. I'm afraid for me he's not Brandon Sanderson

Did The Dragon Engine inspire you to do anything?

Find a different book to read

This is not a subtle or complex book. If it hadn’t been for the huge amount of expletives I would have said it was a children’s book in places. The writing is ok, but it felt like the author was trying to be very English in his use of language as if he was speaking to a group of foreigners . However, overall with the narrator and story I did enjoy this book.

great story, however one particular word was over used by ALL the characters. The ancient Anglo Saxon , "To plow a field." Pick one, mabey two characters to used that expletive, everyone else should have there own expressions. when the dragon also used it the story lost some of its enchantment.

Can't wait for the next book.

The narrator is fantastic. The story is gripping. I couldn't stop listening. Overall very entertaining. I can't wait for the next one. I loved it.