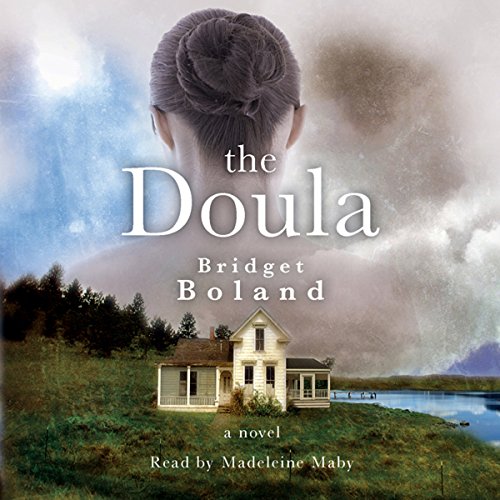 In the powerful tradition of Chris Bohjalian’s Midwives and Jodi Picoult’s Handle With Care comes a riveting debut novel about a doula, trained to support women and their families during childbirth, on trial for her best friend’s death.

Raised in a funeral home, Caroline Connors saw her mother miscarry when she was just a young girl and realized that she had a calling. Unlike her family, who guided souls on their way out, Caro chose to bring them in.

As a doula, Caro spent years providing comfort and emotional support to women in labor. But when her best friend, Mary Grace, experiences complications, she makes a quick decision, taking the baby’s life into her hands as her lifelong friend passes away. Now, charged with medical malpractice by Mary Grace’s husband, Caro must endure a trial that threatens her professional future, questions her identity as a doula and friend, and forces her to confront a dark past that she’s been hiding from for years.

In this poignant novel, Bridget Boland examines the sometimes contentious relationship between birth coaches and hospital staff and shows how a doula who intervenes during labor might save a life but then might also face medical and legal repercussions. The Doula reveals fascinating real-life elements about medical ethics and holistic medicine, and dissects the big issues about motherhood, spirituality, loyalty, and loss.

"Bridget Boland has written a powerhouse of a debut novel. The Doula takes an unflinching look at some of the worst calamities that can befall a life, and shows us the grace and redemption that can grow out of our darkest moments. Never sentimental, but with real compassion that rings true on every page, Boland takes us on a hard-fought journey toward genuine wisdom." (Ben Fountain, author of Billy Lynn's Long Halftime Walk)

I struggle to believe this woman is actually a doula. There is so much inaccuracy in what is supposedly her profession.