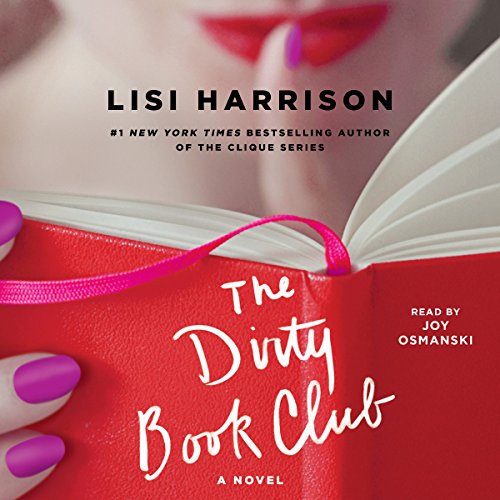 From the author of the number one New York Times best-selling series The Clique comes Lisi Harrison's debut adult novel about four modern-day strangers who inherit a dirty book club that was started in the 1960s.

M. J. Stark's life is picture-perfect - she has a dream job as a magazine editor, a sexy doctor boyfriend, and a glamorous life in Manhattan. But behind her success, she can't shake a deep sense of loneliness. So when her boyfriend offers her a completely new life in California after a promotion does not go her way, she decides to give it try. Once there, M. J. is left to fend for herself in a small California beach town, with only the company of her elderly neighbor, Gloria.

One day M. J. receives a mysterious invitation and a copy of Prim: A Modern Woman's Guide to Manners. She recognizes the book as an outdated classic, but when she opens it, she discovers that it's actually a copy of Fear of Flying by Erica Jong, and the invitation is to join Gloria's secret book club - one that reads only erotic books. Out of curiosity, M. J. goes to the meeting at a local bookstore and discovers three other women who have also been selected by the club's original members - who have suddenly left the country to honor a 50-year-old pact. As these unlikely friends bond over naughty best sellers, each woman shares not only the intimate details of her own sex life but all areas of her life. Inspired by the characters in the novels they read - and the notes passed down by the club's original members - the new members of The Dirty Book Club help each other find the courage to rewrite their own stories and risk it all for a happy ending.

What listeners say about The Dirty Book Club

Good of its’s kind (I think. ). Lots of characters, lots of sentiment, a light touch on illustrations of finding ways of handing important relationships of all kinds, possibly love and (yes) sex. Carol

Watered down Sex and the City

This book has some good ideas, but isn't fully executed to it's full potential. Just my thoughts....

This is a great little distraction with some good laughs. Wished it was a bit longer so the characters would of developed more but over all this is a good book if you just need a bit of an escape.

Good book to pass the time

typical layout for a book about 4 best friends, one adventurous, one timid, etc etc.

Not much book club

And not much dirty...it is the theme though. Book was ok, not something that really captures you