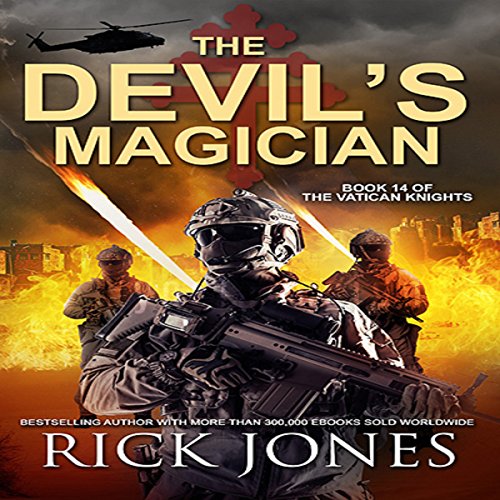 It's said that when the world isn't right, a man steps out of the shadows of St. Peter's Basilica to make it whole again.

He is the priest who is not a priest. He's an angel to some and a demon to others.

But in the Middle East he is known by another name:

When a cardinal is taken captive by an ISIS faction in Damascus, a team of Vatican Knights is dispatched to secure the cardinal's release. But having been ambushed and taken hostage themselves, only one man can bring them out. After Kimball Hayden walked away from the church months before, he is summarily called to duty by Vatican principals to rescue his team. But as Kimball works in the Dark to serve the Light, he discovers the truth behind the ambush and follows the trail of the betraying source directly to the Vatican.

What listeners say about The Devil's Magician