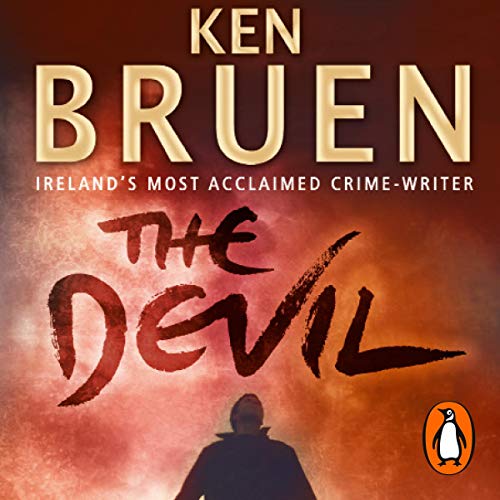 America - the land of opportunity, a place where economic prosperity beckons - but not for PI Jack Taylor, who's just been refused entry.

Disappointed and bitter, he thinks that an encounter with an over-friendly stranger in an airport bar is the least of his problems. Except that this stranger seems to know rather more than he should about Jack.

Jack thinks no more of their meeting and resumes his old life in Galway. But when he’s called to investigate a student murder – connected to an elusive Mr K – he remembers the man from the airport. Is the stranger really is who he says he is?

With the help of the Jameson, Jack struggles to make sense of it all. After several more murders and too many coincidental encounters, Jack believes he may have met his nemesis. But why has he been chosen? And could he really have taken on the devil himself?

What listeners say about The Devil

Engaging from the first paragraph.

This book and performance is wonderful! The story line flows and the narrator has put in enough Irish to make it believable and entertaining. The first night that I started listening to it, I stayed up way too late listening -- I wanted to hear it all the way to the end.

If Stephen King were Irish, he'd have written this

Author Ken Bruen's crime noir novels featuring Jack Taylor are wickedly funny -- Irish wit at its absolute darkest. His protagonist is an antihero disgraced former cop turned private detective, always ready with biting phrases and usually fighting a losing battle with booze and drugs. But he's also extremely well read, philosophical, loyal and even loving sometimes -- and does good despite his best efforts at undermining himself. I highly recommend the entire series, which starts with The Guards. But this particular volume, The Devil, can stand on its own for everyone unfamiliar with the others. Because in this one, Bruen turns supernatural ala Stephen King, where Jack Taylor literally is fighting for the forces of good.

Good story, but not your typical Ken Bruen who-done-it. The reader captures the flavor perfectly.