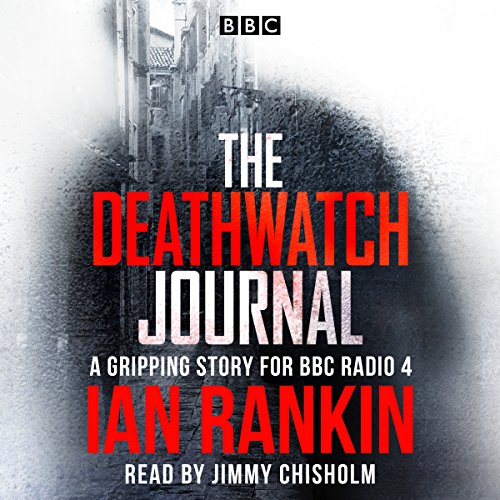 Prison guard Thomas Scott watches over a condemned man sentenced to hang for the murder of his wife.

His prisoner is a guilty man, that's for sure. William Telfer has done enough bad things in his life. And Scott has been in his job long enough to know that guilty men often proclaimed their innocence right up until the moment the noose was placed around their necks. But as they wait out the days until his execution, Scott begins to suspect that Telfer is innocent of this murder.

An innocent man could be hanged by the neck until dead. And his jailer doesn't know what to do about it....

To find out the truth, Scott must explore Edinburgh's darkest corners. And he is running out of time.

From the best-selling author of the Rebus novels, this original story asks what you would do in the face of doubt and in the search for justice.

This release contains additional material not included in the radio broadcast plus an extended postscript.

What listeners say about The Deathwatch Journal

It's probably impossible for Ian Rankin to write a bad story, but this isn't quite up to his usual high standard. The problem is that it is far too short, so that characters are left sketchily drawn and the plot is hurried through. I really would like to have this expanded into a full-length novel so that we can get into the people and their motivations properly. For example, it was never really clear what drove Gracie to get involved, and I would like to have learned more about Scott's wife and his history, and why he chose his particular job.
Having said all that, it was a good absorbing listen, and I was left guessing about the outcome until the end.

Jimmy Chisholm did a excellent job of narration. I've not listened to him before, but he was really clear and all the characters were well differentiated.

Very good story, some things don’t change I guess. Worth the listen for the “twist” at the end.

much prefer crime novels. Style not flowing and inclusive. quick read not recommended. like radio......