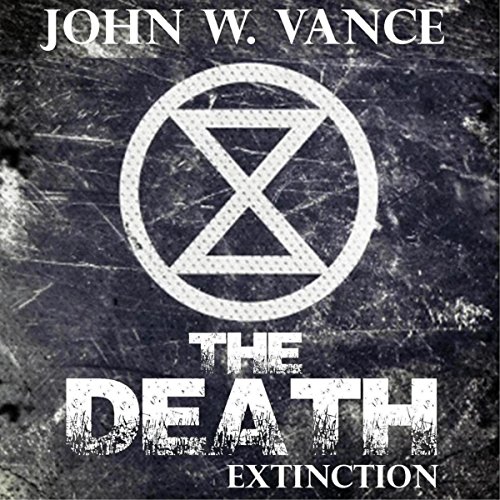 The world is now on the brink of a sixth major extinction event.

Those who have survived don't look at themselves as the lucky but the cursed.

Devin is desperate to find Tess. Operating on a hunch that she may have survived, he will complete his transformation into the man he never imagined he could be. With mercy only for the innocent, he will deal lethal blows to those who dare get in his way.

Travis finds himself lost following Lori's death, but Cassidy will give him purpose again. Longing to find Tess and Cassidy needing to know if Devin is alive, they both will venture across the wasteland that is America. The road will be long and harsh but the two will find solace in each other.

Chancellor Horton has escaped with a new virus more lethal than The Death. He is determined to fulfill his plan of world domination but what he doesn't realize is this new virus is unpredictable and if released will doom many species on the planet.

As the world careens towards another disaster, can Devin, Travis and Cassidy complete their journeys and reunite with the ones they love?

What listeners say about The Death: Extinction

The first two books in this series were amazing. It's not that the quality of writing fell off but I feel like the author just kind of threw in the towel in regards to the story itself.

Many people will be unhappy with this book due to the fact it doesn't end in a way pleasing to the average reader. That being said, my beef is more with the effort given to the storyline, not that it was such an abrupt ending. Vance did the equivalent to putting in your second string team when down late in a game...just kind of gave up on what could have been one of the best apocalyptic/dystopian fiction series to come out in along time.

The blurb is totally misleading. Devin doesn't transform, but remains the useless twit he was in the beginning. Devin, next time you meet an evil pirate on top of your woman, just shoot him rather than scream and blather about how you don't have time for this. I was screaming aloud obscenities at him.

Travis, no "solacing" going on there, more like arguing than anything. Our brilliant and heroic marine feels every bone in his body that this is bad news so instead of hitting the gas and driving away, walks into a trap.

Instead of what I was anticipating where all the characters would finally meet up and have some resolution, many things just felt manufactured and unbelievably stupid as if the author was fed up with his story and needed to end things.

Pathetic and sad little story, so much so I have to return it. What a let down compared to the first book.

Seems as if the author lost interest. While the series started off great, the way it ended just seemed rushed. If you listened to the first two books, might as well see how it all ends as you can easily finish this one in a day and still have time to start another book!

Worth reading to finish up the trilogy

I enjoyed the story but at times there were to many stories going on at once. There are some very surprising twists and turns that made it interesting. You can make your own conclusions as to how the book was wrapped up. I am still trying to decide.

Dad-gum that was a great series!

I've already listened to The Defiant as well. I can't wait until the next release. Keep'em coming Mr. Vance!

I decided to try the "audible app" on my phone as a way to kill time while traveling for work, I was pleasantly surprised with the book series, well written, good narration. definitely made long hours traveling more enjoyable.

I guess. I wanted to get through it to see what the grand finally was.

Would you ever listen to anything by John W. Vance again?

I really enjoyed the trilogy and look forward to reading more books by this author. This series was very exciting.

An end I didn't expect

As most people do, I try and figure out how the book/series will end..... And I was completely wrong. Good story and even better performance.

Disappointed that this story ended. I would recommend this trilogy to any fan of this genre.