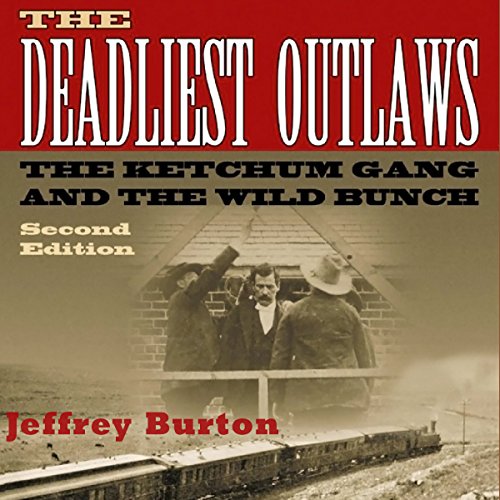 Tom Ketchum was born in 1863 on a farm near the fringe of the Texas frontier. At the age of nine, he found himself an orphan and was raised by his older brothers. In his mid-twenties he left home for the life of an itinerant trail driver and ranch hand. He returned to Texas, murdered a man, and fled. Soon afterwards, he and his brother Sam killed two men in New Mexico. A year later, he and two other former cowboys robbed a train in Texas. The career of the Ketchum Gang was under way. In their day, these men were the most daring of their kind, and the most feared. They were accused of crimes that were not theirs, but their proven record is long and lurid. Their downfall was brought about by what one editor called "the magic of the telephone and telegraph," by quarrels between themselves, and by their reckless defiance of ever-mounting odds. Jeffrey Burton has been researching the story of the Ketchum Gang and related outlaws for more than forty years. He has mined unpublished sources, family records, personal reminiscences, trial transcripts and other court papers, official correspondence and reports, census returns, and contemporary newspapers to sort fact from fiction and provide the definitive truth about Ketchum and numerous other outlaws, including Will Carver, Ben Kilpatrick, and Butch Cassidy.