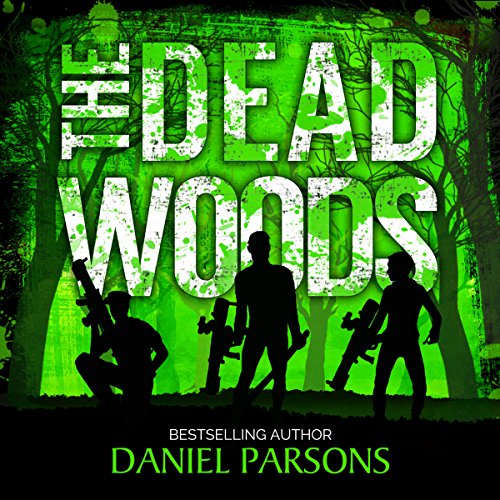 By: Daniel Parsons
Narrated by: Dave Bulmer
Try for £0.00

THE PAID ACTORS AT THE NECROVILLE SURVIVAL EXPERIENCE ARE VERY GOOD AT PRETENDING TO BE ZOMBIES. TOO GOOD…

When Will and his friends decide to spend one last night together after graduating university, none of them realize the danger that lurks in plain sight. At first they’re having fun, caught up in the thrill of running through the forest, firing Nerf guns at under-paid zombies-actors. Then that all changes when darkness falls.

It quickly becomes apparent that the actors are very good at what they do. Too good. Armed with only an arsenal of Nerf guns, the group quickly figure out that they’ll need more than just foam bullets and sandwiches to get them through the night.

The Dead Woods is the critically acclaimed comedy zombie story that opened The Necroville Series. If you like Zombieland or Shaun of the Dead then you’ll love Daniel Parsons’s hilarious horror.

Buy The Dead Woods to devour this zombie gorefest today!

What listeners say about The Dead Woods

After listening for a bit I noticed that I read this story before. Even so, it was nice to go through it again plus narration was well done🙂

The Dead Woods by Daniel Parsons and narrated by Dave Bulmer is an interesting short story about a group of friends going to shoot at a place that has actors as zombies in the woods and people have fake guns to tag the with. Part of the group is a bit high so it takes them a while to notice that some of the actors are too good! Lol! Cute story! Narration was fair!